5 ways to Experience the Isle of Wight from Home 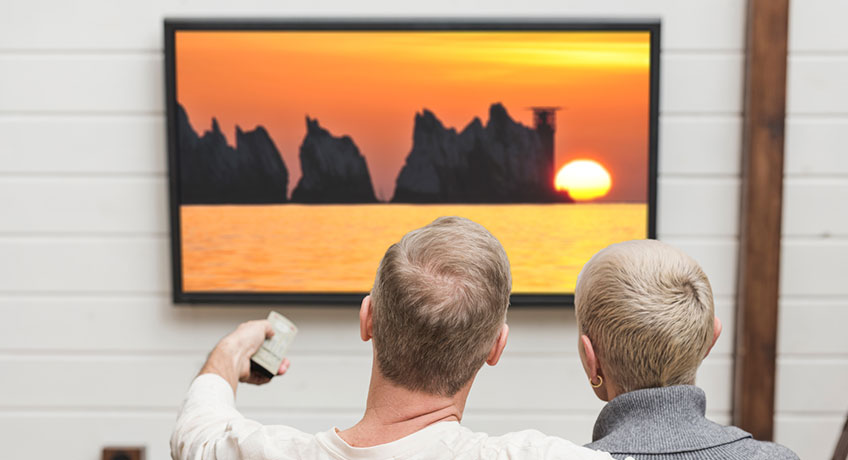 As we all continue to stay home, many of you will be dreaming of the holidays you’re missing. Chances are if you’re reading this, some of those holidays would have been trips to the Isle of Wight. But whilst sadly a visit to the Isle of Wight isn’t possible at the moment, there are plenty of ways we can bring the spirit and beauty of the Island straight to you, in the comfort of your own living room.

So here are 5 uniquely Isle of Wight Experiences you can enjoy from home:

Drive along the Military Road with Jeremy Clarkson and Damon Hill

Back in 2002, in the fourth episode of Top Gear’s first series (since the reboot) they aired a very special feature in which Jeremy Clarkson and Damon Hill came to the Isle of Wight to compare the Aston Martin Vanquish to the Ferrari 575.

Following a short sequence where Jeremy Clarkson disembarks one of our ferries (Red Eagle before her many facelifts) then takes the £158,000 car round Cowes (stopping to compare the Aston Martin Vanquish to the price of a 3-bedroom house in Gurnard), he moves onto West Wight. After a quick 3-point turn down the slipway at Freshwater Bay, he settles in to the main event - driving back and forth along the stunning stretches of the Military Road. Later on, he is joined by former Formula 1 world champion Damon Hill driving a Ferrari 575, and they pull over to compare notes at the Compton Bay Car Park.

Watch the whole segment below (in 2 parts):

One of the original star Youtubers of the early 2010s, Zoe Sugg (best known by her username ‘Zoella’) was a childhood visitor to the Isle of Wight, where Blackgang Chine left a lasting impression. So much so that in 2013 she decided to return with brother Joe Sugg and partner Alfie Deyes to do a video blog all about it.

If you’re not a big fan of the "vlog" format you can skip the first 4 minutes of them journeying to the Island and Blackgang, then settle back for some serious Island nostalgia, courtesy of the UK’s Oldest Theme Park (and Zoella and friends). It’s amazing how much Blackgang has changed, even in the last 7 years, but you’ll spot a number of the old favourites.

Be Welcomed to the Isle of Wight by Derek Sandy

To many Islanders, Derek Sandy is something of a legend. Appearing at every Garlic Festival, seafront and beach side café since we can remember, he had a brief brush with fame in a couple of “Come Dine With Me” series’ before finally hitting the big time in Britain’s Got Talent in 2019.

His talent? Music. His song? “Welcome to the Isle of Wight”. This original self-penned future reggae classic saw him fly through the auditions in Britain’s Got Talent, before he got knocked out prior to the live semi-finals. There have been a few videos to accompany this song, but we are big fans of the original that see Derek welcoming us to the Isle of Wight, everywhere from Freshwater Bay to Ventnor Botanic Gardens. You have to hand it to Mr Sandy, he covers off a lot of the Island’s best-known beauty spots in three and a half minutes.

Various businesses around the Isle of Wight have added webcams to their premises, so visitors can enjoy the views all year round. One such place is the New Holmwood Hotel at Cowes, who have a webcam sweeping across the beach and along to Egypt Point, with Solent views that include a whole host of shipping movements, including our very own ferries.

When we tuned in we happened to catch Red Eagle on one of her lifeline supply runs heading back to Southampton  – you can see her sailing off into the distance in the image below. 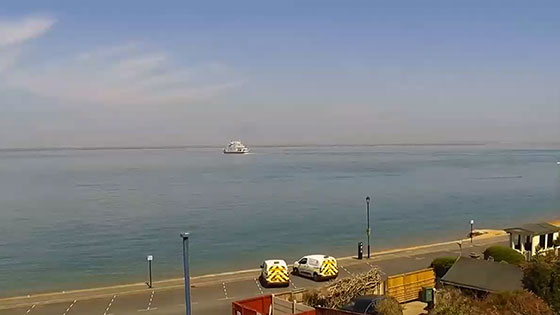 Of everything on our list, this is an absolute must-see. The much-missed David Bowie performing his last ever show in the UK at the Isle of Wight Festival, with a song that is a great tribute to all our heroes in the strange times we currently find ourselves in.

Aided by Bowie’s presence, 2004 was the first “big” year for the returning Isle of Wight Festival, and his performance there still resonates as one of the finest.