A Potted History of Isle of Wight Holidays 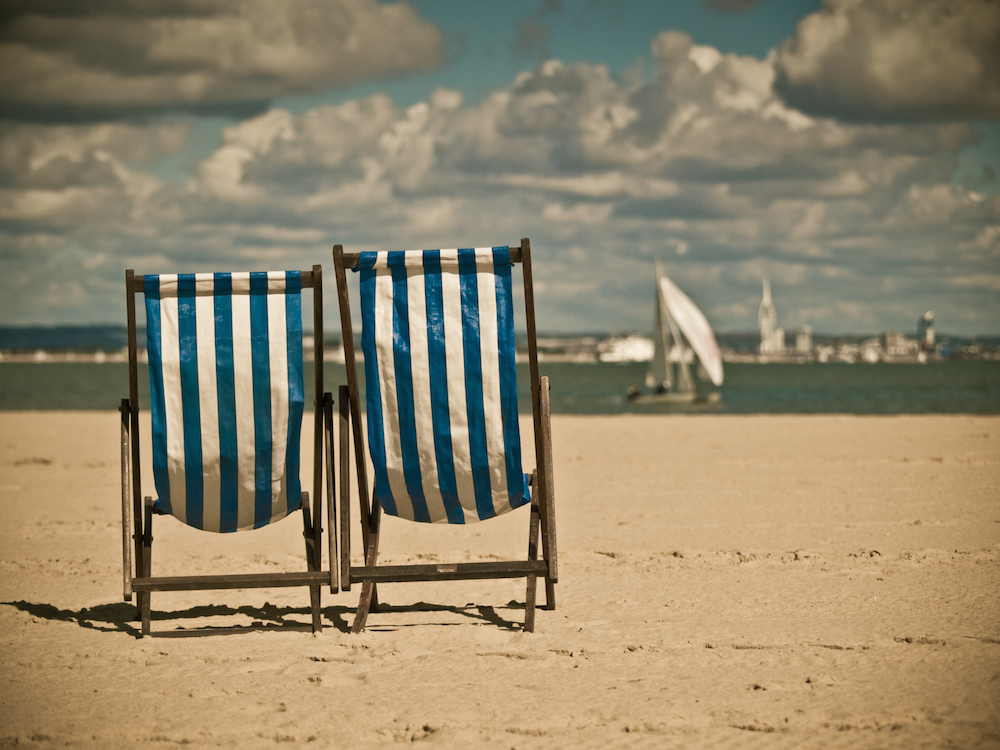 The Isle of Wight has been a place of pilgrimage for centuries but it was not until the 1850s that the Island really took off as a place to seek solace from the burgeoning urban centres of Victorian Britain. And it was Queen Victoria’s purchase of the Osborne Estate in 1845 and her subsequent arrival in 1851 that truly transformed the Island into a chic retreat for the wealthy and elite of the day.

Tourism on the Isle of Wight

Town’s such as Ventnor, Ryde and Shanklin all began to be transformed by the building of substantial villas and hotels to house the growing number of visitors. Alongside Victoria the likes of Tennyson and Keats established homes on the Island, and with them came many notable visitors of the day – Darwin, Dickens and Carroll were all regulars, many staying for extended periods to write and ‘take the air’.

The 1850s saw major growth in the British rail network and the Island opened its first line in 1862 between Newport and Cowes, and over the next 30 years the network would be extended to connect all the major towns on the Island. During this period, railway travel was still primarily the transport choice of the elite, so although opening the Island up to many new visitors it was still some time before tourists arrived en masse.

Cowes was also a major pull during this time, with the Americas Cup being founded in 1851 by the then Royal Yacht Squadron and the growing popularity of the Cowes Week Regatta. East Cowes too grew in popularity, with a grand master plan for the town being developed during this period – unfortunately only a small number of the grand villas were completed before the project was cancelled due to lack of finance.

The Victorian’s continued to frequent the Island for their holidays and Queen Victoria loved the Isle of Wight so much that in her later years, after the death of her beloved Albert, would refuse to go up to London, instead demanding her dignitaries meet her at Osborne house on the Island. Victoria’s death in 1901 would bring a close to the great Victorian era in the Island’s history and begin the next phase – holidays for the masses.

The 1920s and 30s saw a series of changes in employment legislation leading to greater ‘leisure’ time for the masses. With the railways now connecting most of Britain along with fixed factory closing and ‘paid’ holidays, there was an explosion in British tourism on the Isle of Wight.

This continued way into the 1950s and 60s, with the growth of the motor car. This coincided with the rise of the ‘Holiday Camp’, many former military camps on the Island such as The Savoy and Brighstone were transformed by local entrepreneurs into thriving bases for family holidays.

During the 1950s and 60s, air travel took off and the elite moved on to warmer and more exotic climes, but the masses remained, and the Island continued to prosper as a family resort destination right up until the 1980s.

The 1980s saw the rise of the cheap foreign package holiday, which heralded the beginning of a decline in the traditional British holiday. The Island wasn’t immune and the 1990s saw a period of uncertainty with many of the traditional ‘holiday camps’ closing their doors for the last time.

The 2000s saw a rejuvenation with the growth of the short-stay market. Many of the old camps got 21st-century makeovers, and new events such as the Isle of Wight Festival and the hip Bestival brought the Island to a new audience. This prompted new accommodation providers such as Vintage Vacations and classic hotels such as Ventnor’s The Royal were restored to their former glory.

In 2019, the Isle of Wight is almost a brilliant mix of the past and the present. If you want to head right back in time, there are the historic places such as Osborne House to visit, and grand hotels such as the Royal to take ‘tea’ – there is even the original Steam Railway to enjoy. If you want the 1950s then head over to Sandown or Ventnor for the day, rent a deckchair, roll up your trousers and tuck into an ice cream whilst watching the day pass by. Many of the 70s/80s attractions still exist for a bit of childhood nostalgia and why not pack that old bell–tent and get all carry-on with that camping?!

There you have it, over 150 years of Vintage British Holidays, all located just under 2 hours from London, on a sweet little Island only 13 miles wide by 23 miles long off the south coast of England. So, come on over and join the VBH club - grab a Red Funnel ferry from Southampton - they've been running for 155 years, so you'll be in good hands.