By The Master Mariner in The locals' blogs

Nammet - A Plethora of Producers

Having visited lots of local events this summer I was pleasantly reminded of what a fantastic plethora of local producers we have here on the Isle of Wight. Producing a wide variety of really top quality goods from chutneys and confectionary to artisan breads and cheeses.

Celebrating this wonderful fact is a book called Nammet featuring profiles on 32 key local producers, accompanied by stunning photography by local photographic genius Julian Winslow. As well as an insight into the producers lives and inspiration, the book also includes their favourite recipes – so you can get creative at home discovering new ingredients and flavours. Nammet was put together to raise money for the Earl Mountbatten Hospice which provides the most wonderful care and support to the terminally ill and their families on the Isle of Wight – so every copy bought is in a very good cause (it’s available in outlets across the Island or online here).

But back to my perambulations this summer, the ones that really caught my eye were the local experts breaking new ground in the world of the tasty tipple – obviously, I’m a sailor after all! 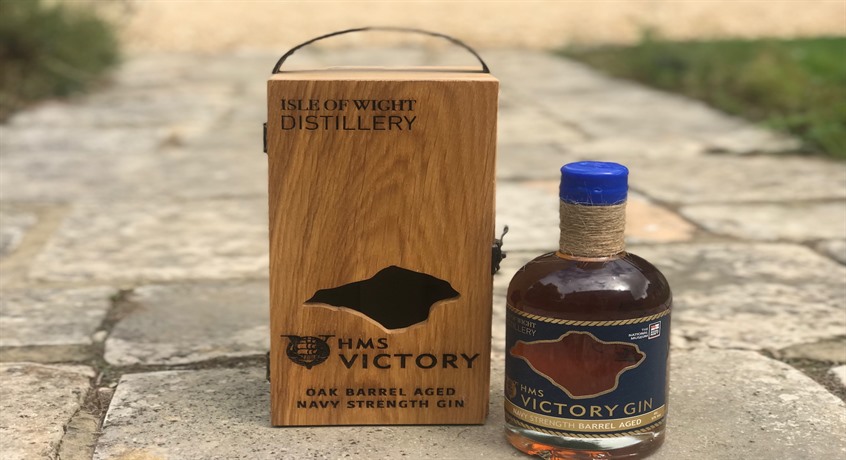 I was fortunate enough to have been bought one of their limited edition bottles of Oak-Aged HMS Victory Navy Strength Gin, presented to me on board HMS Victory in 2017. A real piece of history as each barrel has an oak stave from HMS Victory, extracted as part of her ongoing restoration, which imparts some of this famous ship’s true character into the gin. Made to celebrate the 251st anniversary of the launch of HMS Victory in 1765, there are four releases each numbering only 251 bottles, with presentations in 2016, 2017, 2018 and one more to be released in 2019.

This gin has been created in partnership with the National Museum of the Royal Navy, recreating the type and style of gin drunk by Naval officers during the 1800’s. In those days, gin was stored on board ship in oak barrels that had often previously been used to store wine. As with whisky, a lot of the colour, flavour and character is carried over from the oak itself. 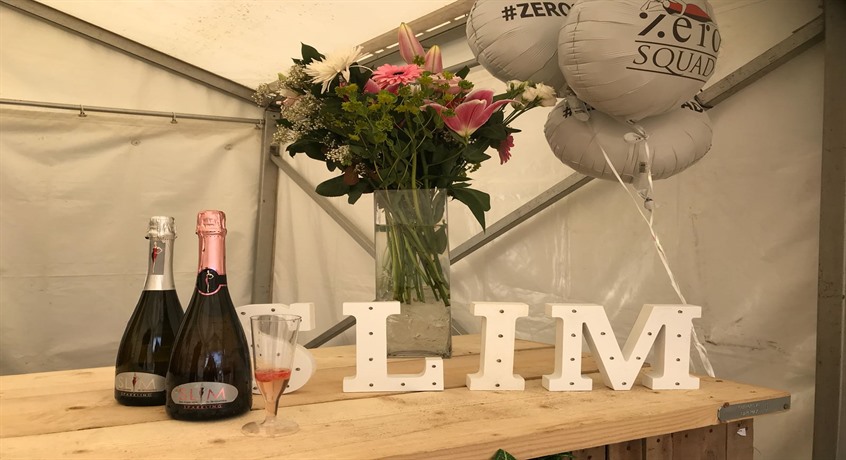 New kids on the block are Slimline Wines, an Island based company who you may have seen on Dragon’s Den last November, when they won the support of Dragon James Caan. This is a fantastic product – a sugar and carb free wine that tastes great and still carries a kick at 10.5%. Offering a red, white, and sparkling white and rose, Slimline Wines are made using quality Pinot Noir, Pinot Grigio and Chardonnay grapes grown on their vineyard in Piedmonte, Italy. Great news for the ladies (especially The Wife) or calorie conscious as each bottle only has around 350 calories – half the amount usually found in a bottle of wine. The Wife loved their sparkling pink and threw down a challenge on how the lack of sugar affected how sprightly you may feel in the morning after a bottle or two – watch this space for how the experiment pans out! 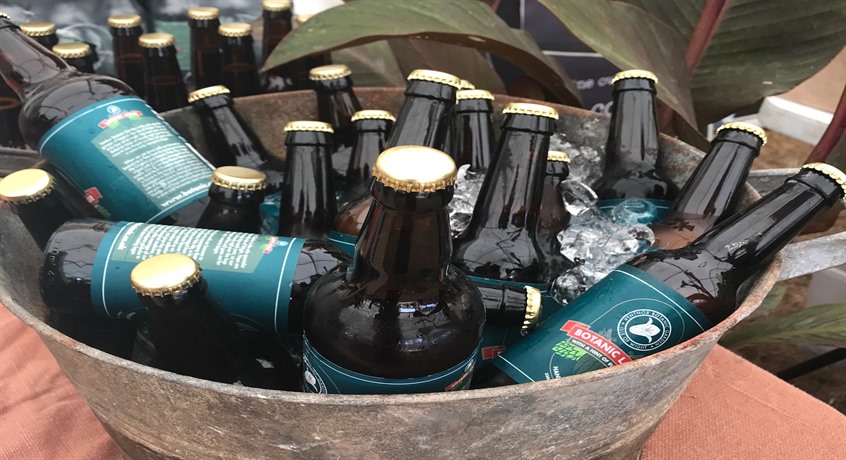 Back in 2009 the guys over at VBG resurrected the centuries old tradition of hop growing on the Isle of Wight and in in 2013 launched their first Botanic Ale. Since then they added their Botanic Pale Ale in 2015 and then in 2017 their Botanic Larger with a hint of Eucalyptus. I tried this at Osborne Horse Trials and I can tell you it is seriously refreshing on a hot summers day with the eucalyptus giving it a whole larger and lime vibe. Definitely worth trying and also available in 300ml girlie bottles – which The Wife loved! 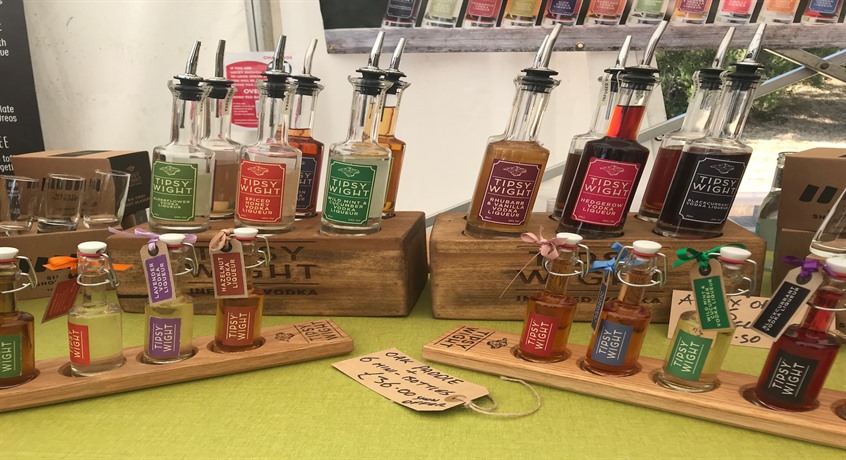 Self billed as ‘Quirky & Delicious Vodkas and Vodka Liqueurs’ the range of flavours available from Tipsy Wight is staggering – they currently boast 18 different flavours, all produced from 100% natural ingredients grown and foraged on their farm, then steeped in great quality vodka. Presented in fantastic quirky leaning bottles, these liqueurs aim to capture the essence of British summer in a bottle, and the clever folks behind the venture keep experimenting and adding new flavours. Our favourites were Spiced Honey Vodka Liqueur, Chilli Vodka, and their Rhubarb & Vanilla Vodka Liqueur. We didn’t get to try the Wild Mint & Cucumber Vodka Liqueur but think it could make a killer cocktail mixed with a gin and some ice!

So make sure you pop into one of the local Island shops while over on your next visit and try out some of these fabulous tipples – they’re also great to take home as gifts too!

By The Master Mariner in The locals' blogs