Has Niton got a beach?

"Has Niton got a beach?" I say to my wife, as she wrestles with a map in the car. "Yes, it has!" she replies, turning to distribute snacks to two children who are annoyed we are not taking them to our usual rockpooling place at... well it's our little secret okay!! 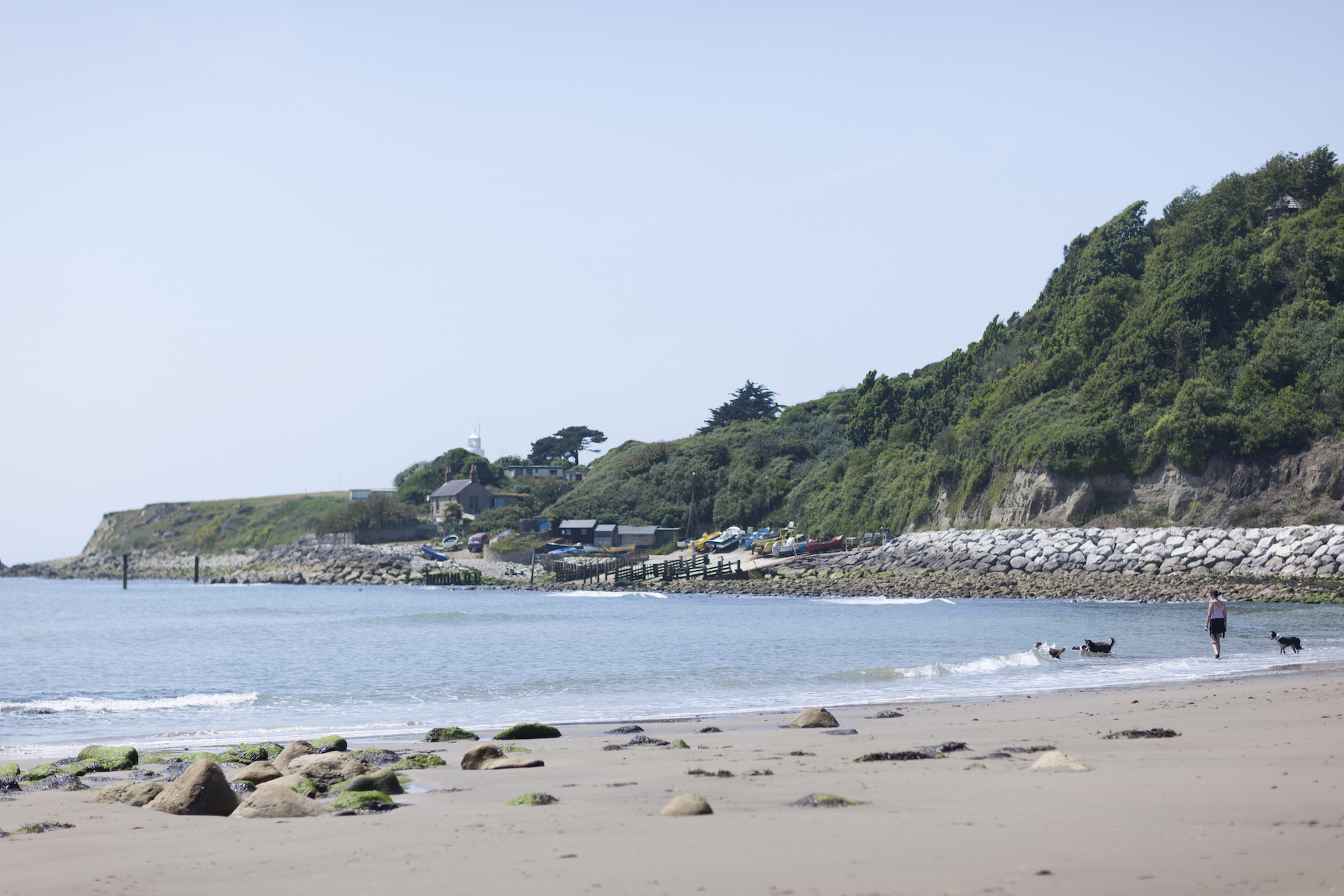 But to return to this adventure, in Niton, not far from the Buddle Inn, not far from where Marconi experimented with radio, we marched the children down a winding hill, with St Catherine's Lighthouse in the distance, then continued down and left past the bijou Castlehaven caravan park (where there's a beach cafe but it wasn't open on the Sunday we visited). Eventually we then arrived at what I didn't think existed: Niton Beach! The beach is known as Castlehaven, or Castle Cove, but the bay is Reeth Bay if you want to be technical.

As soon as the children got sight of twinkling rockpools among the yellow and brown stones and a strip of sand, they were sold. The tide was slowly returning, so we did have to negotiate the fisherman's slipway, sea defences, and do some careful stepping over piles of stranded seaweed. But it was worth it, because when we did get onto the beach the rockpooling was fantastic. The kids had a wild time, collecting shrimps, fish and a couple of crabs, marvelling at them before releasing them back to the returning tides.

And the best thing, for a few hours, we had the whole of Niton Beach to ourselves. Wonderful.

Where else but the Isle of Wight?