Cowes Week is famous not just for its sailing but for the Royals and A-listers it attracts to sail and to partake in the balls and parties – the Apres Sail as I like to call it.As of 2017 Lendy came onboard as title sponsor of Cowes Week, so it became Lendy Cowes Week. In my teens it was Mumm Champagne who sponsored the regatta.

In the 1960s, the Queen’s yacht Britannia would moor off of Cowes and HRH Prince Phillip would sail with his sailing master Uffa Fox. The Queen even sailed occasionally, especially in the early days of their marriage in Cowslip, a Flying Fifteen given to the couple by the Island Sailing Club.

By the time I was visiting Cowes as a young girl, it was Prince Charles who was learning to sail with Uffa and Princess Anne would be out sailing occasionally, although as we all know, horses have always been her first love. HRH Prince Phillip was the Commodore of the Royal Yacht Squadron (RYS) from 1962 until 1968.  Princess Anne is now the Admiral of the Royal London Yacht Club, on the Parade, and the Queen is Patron of the RYS and HRH Prince Philip is Admiral.

Both Princess Anne and Prince Phillip visited Cowes Week in 2015, and in 2016 Princess Anne returned in July to launch Red Funnel’s Red Jet 6, which is when I took this photo. During his last visit in 2015 Prince Phillip visited the shop of the renowned yachting photographer, Ken Beken, and chatted to the current owner who is the son of the man Prince Phillip was friendly with back in the 1960s and 70s. I managed to snap this photo of him at the time – he’s very good at avoiding photographers!! 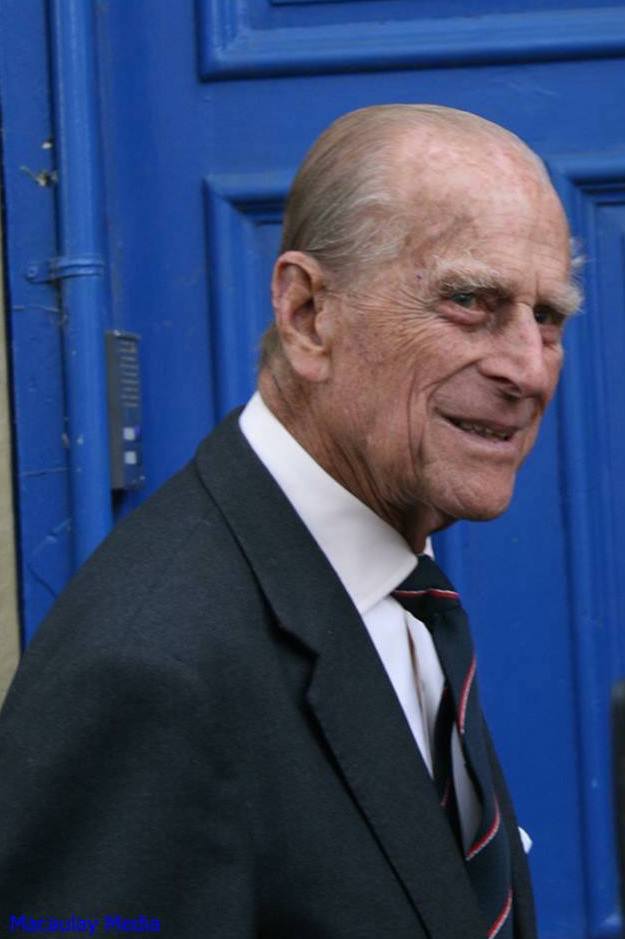 This year Princess Anne, the Princess Royal, will arrive in Cowes on August 6th and will visit the RNLI in Cowes and East Cowes. In the evening she will attend a reception at the Royal London followed by dinner at the RYS in Cowes Castle. During the day of August 7ththe Princess Royal will view the Cowes Week races from the Royal Yacht Squadron, Cowes Castle, The Parade, Cowes.

Griff Rhys Jones often visits Cowes with his classic boat Argyll, a yawl that he races in the classic boat races such as the Panerai and Cowes Classics, which precede Cowes Week. But he does sometimes stay for Cowes Week so look out for his boat in Cowes Yacht Haven.

Island resident Ellen MacArthur won the Artemis Challenge in 2009 and donated the prize money to her charity the Ellen MacArthur Trust, and Ellen is often around during Cowes Week.

In the year marking 100 years since women were given the vote, Lendy Ladies Day will return to the regatta on Tuesday 7th August with a celebration of female talent on the water to inspire more women to take up sailing as a sport.

Lendy Ladies Day 2018 will culminate in the presentation of the Ladies Day Trophy at an exclusive evening reception, which will be attended by famous faces from the world of sailing, as well as celebrity and VIP guests.

Dee Caffari - Record breaking Round the World sailor Dee is the only British Skipper in the 2017/18 Volvo Ocean Race. Dee is also the first woman to have sailed single -handed in both directions around the world.

Libby Greenhalgh - Navigator on Sun Hung Kai/Scallywag in the 2017/18 Volvo Ocean Race and Director of Operations for The Magenta Project, Libby strives to enable women to have equal access and opportunities to sailing.

Tracy Edwards - Setting the standard 28 years ago as skipper of Maiden in the Whitbread Round the Word Race with an all-female crew and recently launching the Maiden Factor Foundation, a charity to help educate and empower young girls around the world.

Lucy Hodges - Blind sailor Lucy has been an inspiring sporting figure for many years and has won numerous international sailing awards.

All of these sailors will be around on Tuesday 7th, along with the VIPs who are coming to that evening party, so keep your eyes peeled. That’s the day for celeb and royal watching.