on the Isle of Wight

Stargazing on the Isle of Wight in 2020

The Isle of Wight is one of the best places to see meteor showers in the UK. With dazzling ‘Dark Sky’ sites scattered around the south of the island, thousands of stars are revealed here on clear, crisp nights. The Isle of Wight Dark Skies bring an ambience of peace and tranquillity to the island and play an important role in nature conservation – this is why inhabitants and local authorities are constantly working together to reduce light pollution in their Area of Outstanding Natural Beauty. 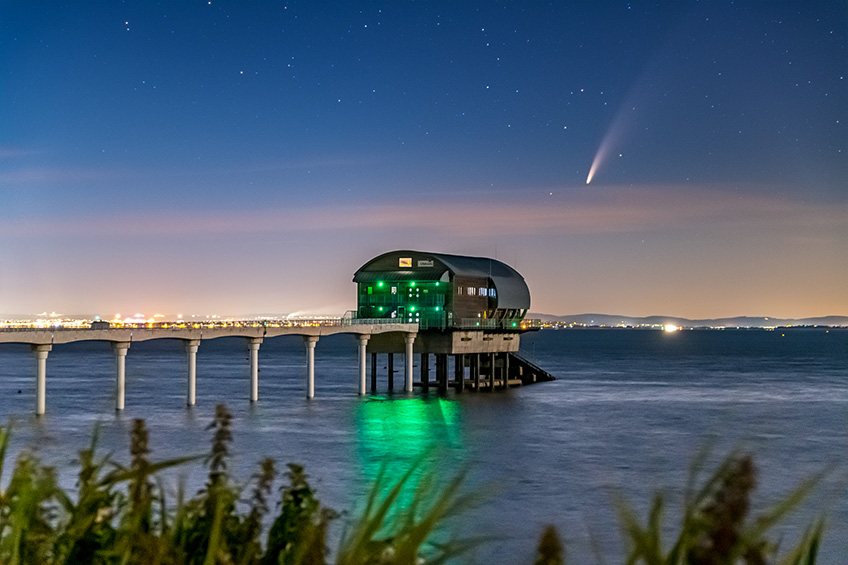 If you want to experience the breathtaking beauty of the Isle of Wight’s skies, you should visit its stargazing hotspots during one of the many meteor showers visible from the UK. You can book places to stay and ferry travel online direct with Red Funnel.

What is a meteor shower?

Meteor showers are celestial events during which a number of meteors appear to radiate from one point in the sky, causing a magical glow. On top of that, you will be able to spot ‘shooting stars’ during a meteor shower – these are in fact meteors streaking through the night sky as they burn up in the earth’s atmosphere. Meteor showers are caused by streams of cosmic debris, called meteoroids, entering the atmosphere as the earth is passing through them in its orbit. As the earth’s orbit is fairly regular, meteor showers recur on a predictable date each year.

Active now and until to 23 August, and peaking in the early hours of the morning between 29 and 30 July, the Delta Aquariid marks the start of the 2020 summer meteor shower season in the Northern Hemisphere. Viewable from the south, the radiant of the shower will reach its highest point at around 3.30am.

A highlight in the calendar for many stargazers, Perseids is likely to be one of the most active and dramatic showers this summer, with up to 100 visible meteors per hour. Caused by the Earth colliding with debris from the comet 109P/Seift-Tuttle, the shower of bright and fast meteors gets its name from Perseus – the constellation it appears to originate from. Perseids will be active from 17 July to 24 August, with the number of visible meteors increasingly nightly, peaking on the night of 12-13 August. There is also a good chance of seeing very bright meteors, known as fireballs, during this shower. This happens when comet debris collides into Earth’s atmosphere at a speed of up to 45 miles per second, causing larger meteors to explode. Although likely visible in dark areas from sunset, the shower will be most visible in the UK above the horizon between midnight and 5.30am.

Although expected to be less active than other showers, the Draconids will still produce stunning streaks in the night sky that are well worth travelling to see. Caused when Earth travels through debris from comet 21 P/ Giacobini-Zinner, the shower will take place between 2 – 16 October, peaking on 8 October, and is expected to produce a meteor rate of up to 10 per hour. Typically, meteor showers are most visible in the early hours, however Draconid will likely be best seen in the evening just after nightfall.

The Orionids is one of the most famous and reliable meteor showers in the calendar and is visible across the world. The shower is caused by debris from the famed Halley’s comet, which collides with our atmosphere at speeds of about 41 miles per second, leaving behind breath-taking streaks of light in the night sky. Known for their fast, fine trains, the Orionids occurs in late October, peaking around the 22nd. The shower’s name originates from Orion, the constellation it appears to originate from.

One of the longest lasting meteor showers, the Taurids occur annually from around late October until November. Although not as frequent in number as other showers (up to 10 an hour), the Taurids are normally beautiful and provide astrology lovers with plenty of opportunity to spot them. Slow moving, the meteors appear when Earth collides with debris from comet Encke. With the stream very spread out, the shower can be separated into two segments; the South Taurids, which occur between 25 September and 25 November, and the North Taurids, between 12 October and 2 December.

Often one of the most prolific showers, with fast and bright meteors, the Leonids are produced when Earth collides with debris from Comet Tempel-Tuttle at speeds of up to 70 kilometres per second. Named after the constellation it appears from, Leo the Lion, the shower produces bright meteors with fine trains, and should be visible in the UK on the horizon.

One of the last of 2020’s major meteor showers, Geminids takes place when Earth collides with debris from asteroid 3200 Phaethon and often produces a reliable show of very bright, moderately fast meteors. Different to many other major showers in that it originates from the debris of an asteroid (rather than a comet), Geminids often produces showers that are multicoloured with displays of white, yellow, green, red and blue often visible. These are caused by metals like sodium or calcium in the shower. Producing an hourly meteor rate of up to 100 at its peak, the shower appears to radiate from constellation Gemini near the star Castor.

Producing beautiful streaks of light, although likely sparse in number of meteors (around 5 per hour), the Ursids is from debris left behind by comet 8P/Tuttle and appears to radiate from constellation Ursa Minor. Visible between 17 – 25 December, the shower will peak just before Christmas on 21 – 22 December. In 2020, a crescent moon means less natural light pollution and a greater likelihood of spotting meteors and shooting stars.

Where are the best stargazing spots on the Isle of Wight

For the best chance of spotting stars and meteor showers in the dazzling night sky, try stargazing in the Isle of Wight’s most remote locations: 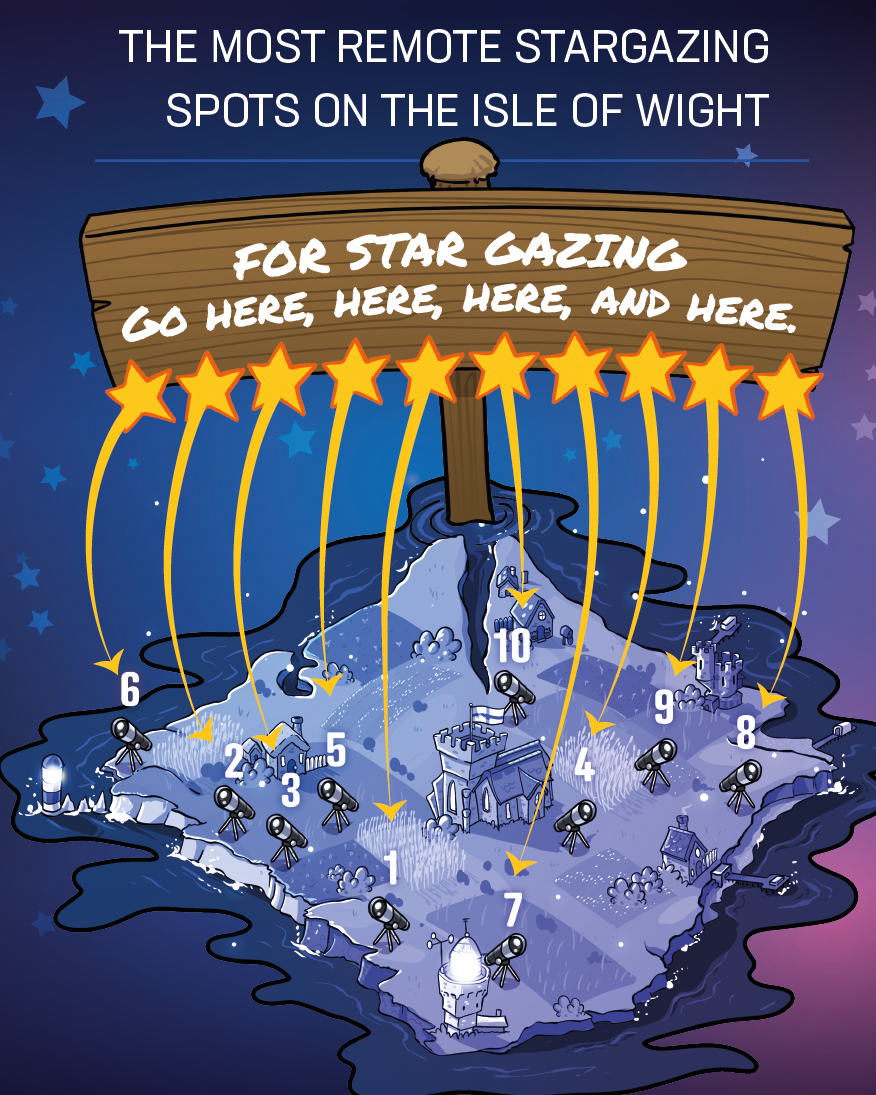