So, you’ve decided that the diamond floating in the south is your destination for New Year’s Eve, where are you going to go? Yes, our Island may seem small, but our winter season is jam packed with exciting galas, parties and musical mayhem. Here are a few of the things happening this year that we think you would most like to attend…

First stop if you’re feeling posh and fancy going a bit flashy we highly recommend The Royal Hotel in Ventnor. A prestigious hotel, widely known for its gourmet food and silver service dining experience, the hotel will be hosting their annual black tie dinner-dance including six-course tasting menu followed music from the Revelations. This will be complemented by a champagne reception at midnight - what a wonderful way to start 2019! But you do have to book one of their two or three night packages, which start at £500 per person and include return ferry fare and half board accommodation. On New Year’s Day you get a Bucks Fizz breakfast, seasonal afternoon tea, a three course gourmet dinner and evening entertainment from their resident pianist, Alan Young.

And for West Wight flashiness The George Hotel in Yarmouth invite you to join them on New Year’s Eve for an evening to remember with the sensational Groove Union, a fun five piece party band whose playlist includes some of the finest funk, soul, disco, Motown and pop hits from the 60’s to the current day. With Champagne and canapés on arrival, four course dinner in either elegant Isla’s or the lively Conservatory, dancing to Groove Union and countdown at midnight for £99 per person. Stay overnight with rooms from £200 and enjoy the ‘day after the night before’ brunch menu, which is served from the very respectable 11.00am to 3.00pm, to set you on the right path for the year ahead. They do require a minimum two night stay for accommodation including New Year’s Eve.

If you’re on a shoestring budget, check out this event for the culturally intrigued and connoisseurs of a reasonably priced fine craft beer - it’s New Year’s Eve at Ventnor Exchange. Vinyl DJ with a tasty brew with performances from local talent soon to be announced, keep watching their website and Facebook for further details. This will be a suitable event for couples, singles and groups to take your pick of over 20 craft beers, in-house wines or NYE themed cocktails. There’s no charge for entry, although you do have to get there before 11pm in order to stay for the countdown with Big Ben projected onto the wall and live bongs. 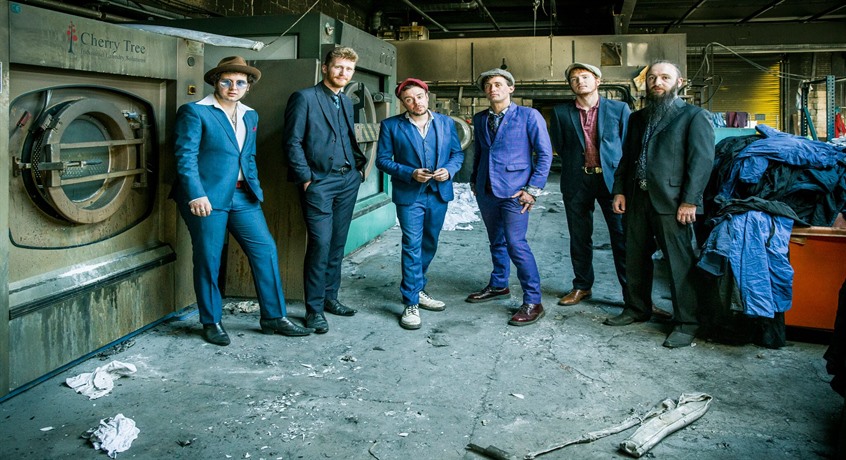 Tankus the Henge will be bringing the house down at Tapnell Farm’s NYE bash at The Cow Co restaurant and are guaranteed to get everyone on the floor. Full of fun and energy, their live performances are spectacular with lead singer Jaz Delorean, dancing and leaping from his piano.

“Musically inspired by bands from the British invasion of the 60s and artists such as Tom Waits, Blur, Randy Newman and Queens Of The Stone Age, and with lyrics influenced by 20th Century American Literature, specifically the Beat Generation and Gonzo journalism, Tankus the Henge defy categorisation. Their hair-raising show, like no other, has to be seen and heard to be believed. Like a psychedelic, rock n roll octopus – only with four more legs,” as they say on their website.

With DJ Handsome Dave Rocker spinning the tunes and midnight countdown, this is a party not to be missed. Standard entry is £20 plus booking fees and there are coaches arranged.

It’s back and it’s big - The Electric Disco New Year's Eve party at Cowes Yacht Haven is always a sell-out event with up to 1,000 party goers and a huge midnight countdown. In the Main Room there’s music from Xtreme Vertigo DJs with the best sounds of the 70's and 80's, followed by your favourite Club Classics from across the decades to end the night with DJ Jakey Chan. The Second Room hosts the Silent Disco and you select your DJ on your loaned headphones with House, Rock, Ska, Chart and Pop on offer and the DJs battling out to win your approval. Staging and set effects are second to none, with their very own Big Ben to chime you into the New Year followed by a huge midnight show, featuring a funky countdown, a fountain of sparklers falling from the skies and confetti showers!

Tickets are £16 in advance.