The Best Way to See The Needles 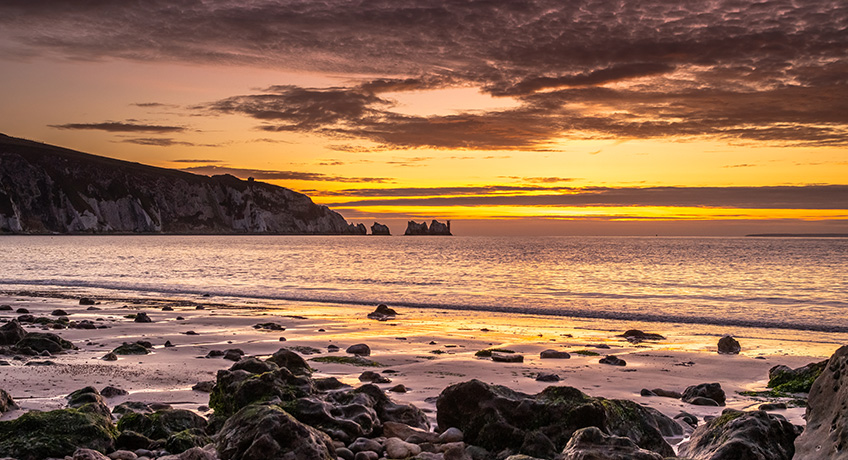 If you've ever been to the Isle of Wight, or know anything about it, the chances are you will have seen or heard of The Needles Rocks.

Easily the most recognisable landmark on the Island, and recently confirmed as the most Instagrammed location, the striking chalk cliffs and red and white striped lighthouse have adorned many a postcard and family photo album over the years.

But what's the best way to see The Needles?

For an unrivalled "up close and personal" view of The Needles lighthouse and rocks, you have to take to the sea. This natural rock formation sadly didn't evolve with much in the way of accessible footpaths, and whilst it is just about possible to scramble round from Alum Bay at very low tides, it is not safe or recommended.

Instead, make your way down to Alum Bay beach, where you will find Needles Pleasure Cruises. They offer seasonal relaxed boat cruises out to The Needles for your viewing pleasure, or a fast-paced rib ride (watch a teaser below) that takes you round the rocks and out as far as Scratchell's Bay, a hidden beach only accessible from the sea.

RIB ride out to The Needles

Alum Bay beach is unlike any other on the Island, not just for the clear, open view of its most famous landmark, but also for the amazing coloured sands that come from the cliffs that form its backdrop. It's also pretty unique in the fact you can get a chairlift ride down to it from The Needles Landmark Attraction above, which is one of the most scenic trips you can take on the Isle of Wight.

If you like the coloured sands, you can act out an Isle of Wight tourist tradition that dates back to Queen Victoria's days, by filling a glass shape with the 21 different coloured sands at the Sand Shop in the park above. 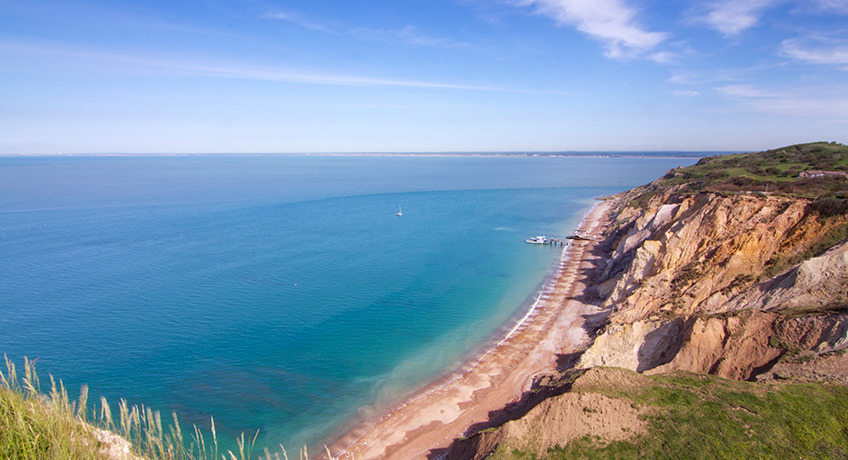 One of the most dramatic sets of views you can get of The Needles are the ones from the chalk cliffs above the stacks, which are best seen from The Needles Old Battery and New Battery. Both of these former forts are owned by the National Trust, and well worth a visit, along with the former rocket testing site nearby on the south of the cliff. There are plenty of free views to enjoy, and if you pay to visit the Needles Old Battery you will gain access to a stunning viewing point right on the top of the cliff.

You can't drive all the way up to the batteries, so need to park in the main car park at the Landmark Attraction. However, if you don't fancy the walk, catch the thrilling open top bus ride which runs every 30 mins in the main season. As the cliff falls away from view beneath you, as the bus makes its way up the narrow access road, you'll feel a bit like you're on a rollercoaster. 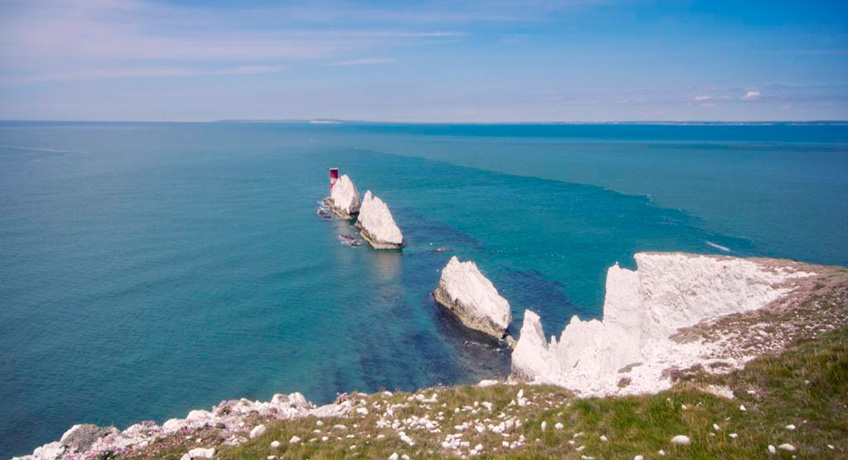