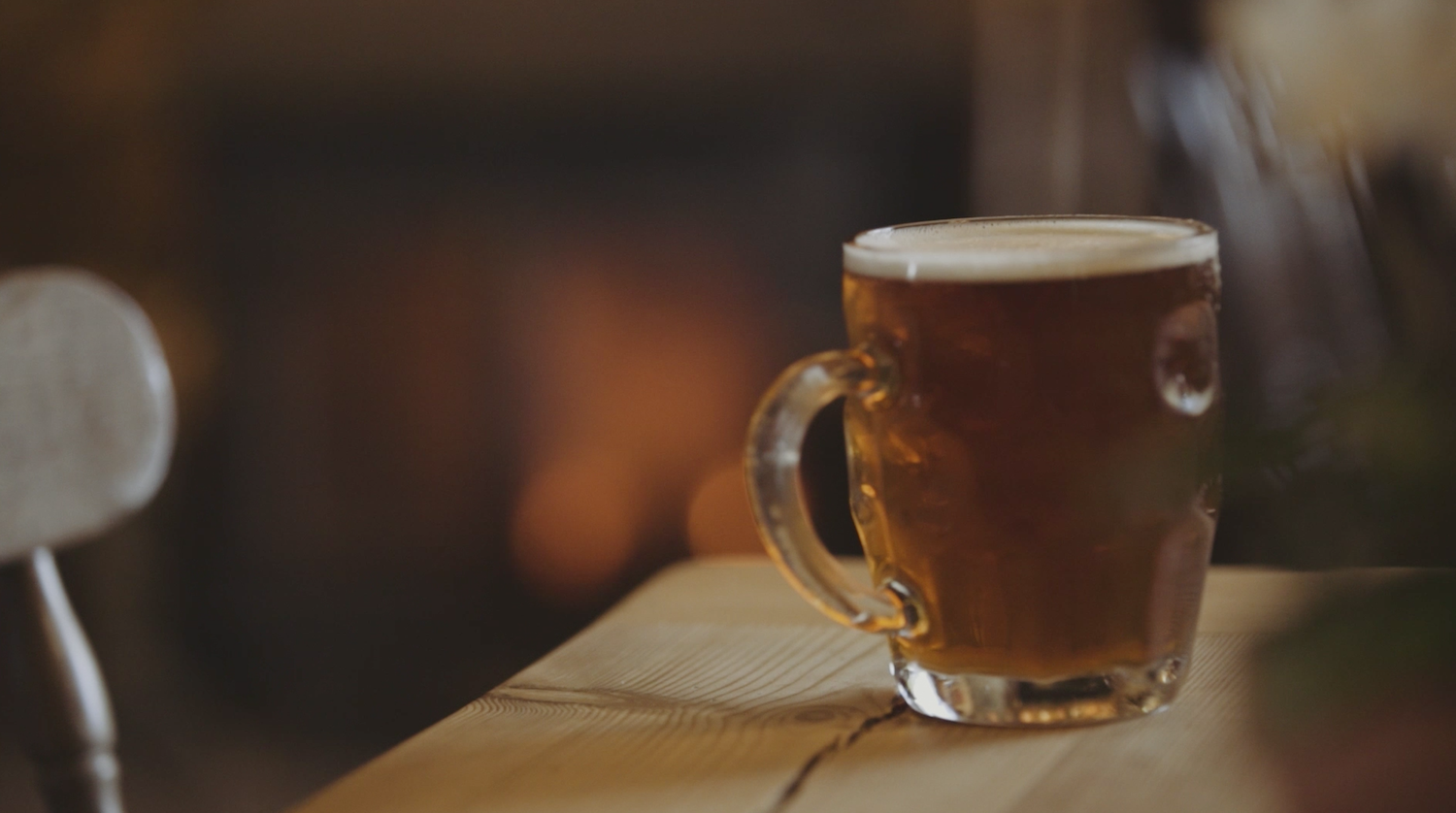 What do rot gut, swizzle, puncheon and nammet all have in common apart from sounding like words straight from a Roald Dahl story? According to CAMRA Isle of Wight member and Island ale aficionado Brian Jacobs the answer is beer – they are all words related to beer or brewing in old Isle of Wight dialect.

With three breweries and 120 pubs within 147 square miles, beer and brewing are an essential part of Isle of Wight life. This is nothing new, as the Island has a rich brewing history, boasting dozens of breweries across the Island in the 19th century. For the harvest workers at this time, Isle of Wight ale was an essential daily drink evident in the unique dialectal record, W H Long’s ‘An Isle of Wight Dictionary’. Here are just a few examples:

Lebb’n O’clock meant eleven o’clock, an allowance of beer taken at that time of day, during hay and harvest time but not to be confused with Nammet referring to a refreshment taken in the hay or harvest field at four in the afternoon, consisting of bread and cheese and a pint of strong beer ; the “nammet beer” being older and stronger than any supplied at other times of the day.

Field workers would have Rot Gut and Swizzle (small beers) brought to the fields at hay or corn harvest time in Puncheons, a small keg containing from three pints to a gallon or six quarts, and in warm weather a Trendle (a round shallow tub) was used for cooling the beer.

Isle of Wight beer was even celebrated in curing ills such as Tissick, an intermittent, tickling cough, which it was sung “strong beer cures the gout, the colic, and the tissick, and it is for all men the very best of physic” – a likely excuse for a tipple that is still used in pubs across the Island to this very day.

A bevy of breweries...

Out of the fields there were breweries aplenty across the whole of the Island. The three present Isle of Wight breweries follow this rich tradition of brewing within these hallowed shores. 14 breweries celebrated the arrival of the 20th century, and a far greater number had already closed by then. Ryde, alone, boasted 11 breweries in 1857, including several with tied estates, the Lake Huron for example, was owned by George Lake's Eagle Brewery. Newport also had several breweries, including the largest on the Island, Mew Langton & Co.

There were also breweries in the smaller Island towns. The Village Inn at Bembridge occupies the site of a brewery which, according to Boulay's 'Bembridge Past and Present' was where visiting ships "refreshed themselves with many a barrel of home-brewed ale”. Jack Phillips, who used to run the old Burts Brewery at Ventnor, also recalls a brewery adjacent to the Yarbridge at Brading, the 'Isle of Wight Brewery'. However, only two breweries other than Mews survived beyond the 1930s.

Shanklin Brewery had been set up in 1864 and was very similar in size and style to neighbouring Burts in Ventnor. Unlike Burts, however, it had no tied estate, relying on a direct trade to local farm workers, which was subsequently supplemented by a door-to-door delivery round for local farms and private houses.

This absence of a guaranteed outlet for its "Battleship" beers meant, like modern micro-breweries, it was unable to compete with the national breweries, and, although the last owner did eventually acquire a small tied estate, the fashion for mergers had begun, and brewing ceased in 1953. Burts brewery had begun in 1844 under the ownership of one Charles Cundell and was a major force on the Isle of Wight brewing scene until its closure in 1992.  Its name was bought by Hartridges Brewery, until they themselves ceased operations in 1998.

Today the Island continues to celebrate its hoppy heritage with many different Isle of Wight ales being produced here across the year.

The Isle of Wight brewers were first too…

The history of Island brewing contains two firsts of dubious distinction.  A former owner of Shanklin Brewery, Saunders, was the first brewer to develop pasteurised beer, probably back in Edwardian times – his customers hated it and the experiment was abandoned – and Mew Langtons were the first brewer to introduce canned beer just after World War 1.

For more details on pubs and beer on the Isle of Wight, have a look at www.wightwash.org.uk