A Bottle of Sunshine - Oil Of Wight 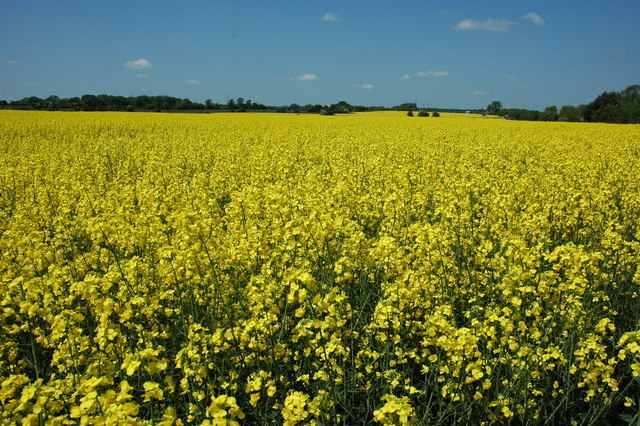 It’s long been a joke amongst Islanders that ‘Isle of Wight’ is pronounced ‘Oil of Wight’ by those who speak with our native accent, which is a little like that of the west country. Playing on this fact, the Smith family of Merston used this as a name for their rapeseed cooking oil that has become a popular alternative to olive oil.

It is indeed ‘Oil of Wight’, as it is made from the seeds from the eye-catching yellow rape flowers that bloom around the Island in early summer. Caroline Knox, nee Smith, is in charge of production on the family farm, and the oil is sold at most of the farm shops and butchers on the Island, the Co-Ops, Godshill Cider, Island Wines in Ventnor, Norris’ in Niton, Sweet Chariots and Phillips Fine Food. It is also available online from Made on the Isle of Wight, Godshill Cider and The Garlic Farm and is widely distributed by Medina Foods.

Caroline moved with her parents to the Isle of Wight in 1983 and the family began farming a wide range of vegetables. Originally, dairy farmers from the Clyde Valley in Scotland the Isle of Wight's milder climate offered new opportunities to produce fresh produce including potatoes, cauliflowers, sweet corn and carrots. But gradually they focussed on crops that could be harvested by combine – currently wheat, peas and oil seed rape.

The family then decided to try and add value to their produce. “Oil from rape seed looked like the obvious choice, and we decided to make culinary oil,” said Caroline. A simple cold pressing technique is used and a lower yielding, but highly flavoursome oil, is gently extracted from the seeds. The residue for the pressing is utilised in a biomass boiler to heat the farmhouse reducing waste and Caroline’s energy costs.

“The rapeseed oil has great health benefits,” said Caroline. “Ten times as much Omega 3 and half the fat of olive oil and it has a high smoke point, which means that it can reach a high temperature before smoking. This means it’s great for baking, roasts and stir fries.” Caroline suggests that you take a bottle to a dinner party, instead of a bottle of wine.

Still keen to utilize all the residues from their food production on the farm, the family wondered about the energy value in the wheat straw. Dry straw has a very high energy value and that’s how they ended up making their Fuel Britannia Straw Logs. The straw logs are made from chopped and compressed straw which is the by-product of the wheat, pea and oil seed rape crops that the family grow for food. The lignin in the cell walls melts under the heat generated by the force of compression and then binds the logs together on cooling.

Each full-size log is 27cm long with a diameter of 7cm and weighs approximately 1kg. These are sold in packs of 5 logs. If you have an open fire or log burner to feed these are a great hot and consistent alternative to logs.

It’s great to see a company that’s utilizing all its produce and waste to make energy – whether to feed us or to fuel our homes. A bottle of Oil of Wight rapeseed oil makes a great present to take home for friends and family from a holiday on the Island – a little bit of bottled Isle of Wight sunshine you might say.