Gioia Minghella joined the family ice cream business Minghella’s in 2002 following a very successful career in teaching. After the very sad death of her brother Anthony Minghella, the Oscar winning film director, in 2008, Gioia helped to set up the Minghella Film Festival with her family and all of Anthony’s loyal friends in the film industry.

Gioia on... Growing Up

“I was the eldest of five, born on the Island, and we all learned musical instruments. Having all that in your life was very important – we did always make music together. We would jostle for position at the piano and sing very loudly. I still play the piano, very badly – but I love it.

“Ant (Anthony Minghella) and I were very close in age and born when the business (Minghella’s) was getting started and we lived above the kitchen of a very busy business. It was in the days when people ate three square meals a day and people would pour off the ferry and up Union Street and eat a three course lunch. The place was always full of people.

“I thought of it at the time as a very privileged existence because we were very loved, but left to our own devices. I’d come home from school and put on an overall and wait at tables. It was very bonding. My grandmother lived with us and was constantly in the kitchen at the Aga. I have one now and I think of her every time I use it.

“When I was ten my parents had a house built in Ryde with sea views and there was a completely different atmosphere at home.   The death of my grandmother made a difference to the way my parents lived their lives, and then my brother Dominic ruptured his spleen at school, when he was only ten.    He almost died, and my parents, who had been working seven days a week until late at night  began to close in the early evening and on Sundays. Then in 1985 my father moved the business to Wootton and closed the café.

“I was the first of the family to go to university and I had always wanted to be a teacher. I taught for a very long time and I loved it, everything from a small girl’s school to a large comprehensive in West London where I was deputy head.

“I was travelling daily from the Isle of Wight and my husband Richard was working here and trying to manage the house and look after our son, Ben, who was only two or three.   It was very complicated.   My husband said it was him or the job – only slightly exaggerating, I think! - and happily it wasn’t a difficult choice.  I gave it up and came home and, although I did continue to teach for several years in different schools and roles,  it coincided with my dad needing someone to help and I discovered that I was quite interested in the ice-cream business after all.   Eventually,  I realised I really wanted to follow his footsteps and I came into the Ice-cream business about fourteen years ago. 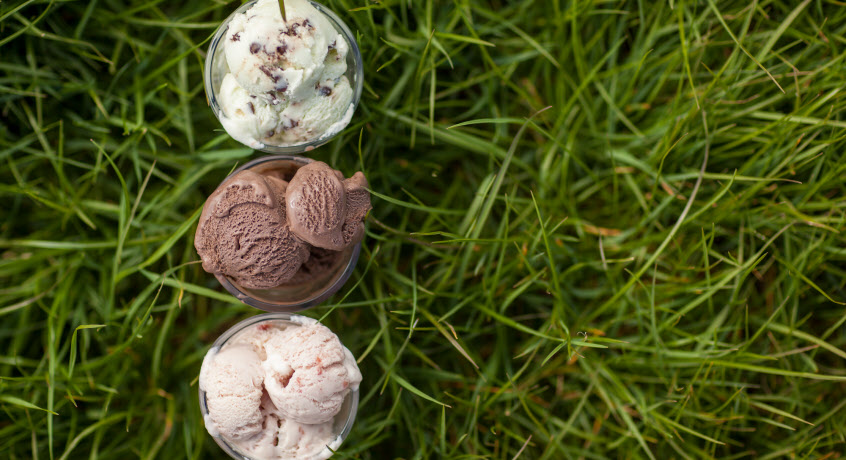 “We have a lot of wonderful customers including Fortnum and Masons: we supply all of their ice-cream.   I was thrilled to win their business - they were very impressed with all the awards. We use only fresh Isle of Wight milk and cream from the most pampered cows in the country. I think the milk tastes different. We pasteurise on site and only add the finest ingredients and as little sugar as possible.

“The team (from Fortnum and Mason) came here for a training session, a whole coachload, and we took them to one of the farms to meet the farmer and see the cows. They learned how our ice-cream was made and they sell it with pride.

“We win a huge amount of awards. I started entering competitions such as the Great Taste Awards promoted by the Guild of Fine Foods. We’ve had Best British Speciality Food for our Gin and Pink Grapefruit Sorbet (which Gioia invented). We have 230 flavours and always more coming along.

“My dad comes in every day and makes the coffee  (he’s the best barista in the world) and gives me invaluable advice – he still knows everything about business. I have to eat ice-cream every day as one of us has to taste every batch of ice-cream we make. It’s like cooking at home – it may need a bit of adjusting.

“One of my memorable inventions is finding a way to create a naturally blue ice cream that we call Solent Racing Blue.  It’s a combination of fruits. That was quite a technical achievement.”

When Anthony was awarded his Oscar in 1997 for The English Patient, the family produced a Champagne Celebration ice- cream, made from the best champagne mixed with passion fruit. For the London charity premiere of The Talented Mr Ripley a dark chocolate ice cream with caramel pieces called Ripley’s Downfall’ was made. 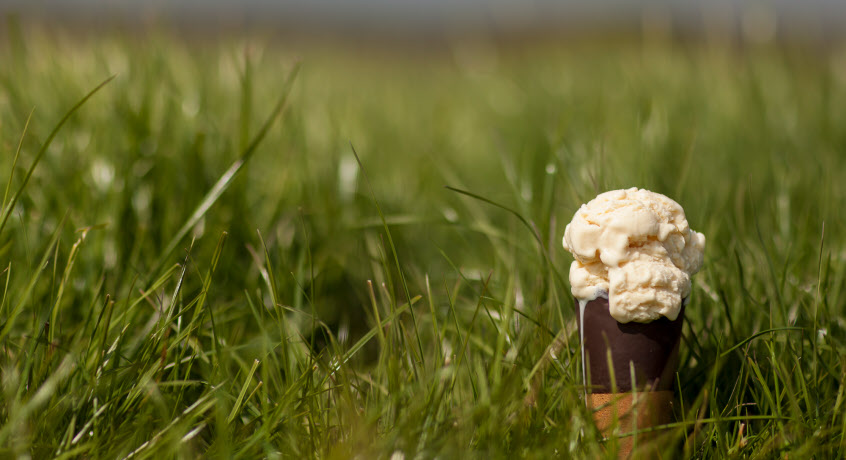 “When I was a teacher I could draft in expert help! Anthony would often come in to talk about drama with my students and he would bring or send in friends from time to time.  Juliet Stevenson came in and talked to my A Level students. I taught English at Carisbrooke when I came back for a short while and Anthony came to talk to my sixth formers and he went to my son Ben’s Reception class to read them a story.

“It was around that time that he talked to me about starting a film festival here – at that time he was chairman of the BFI. He said that as a young boy growing up on the island he dreamed of other horizons but that you need luck and other people to encourage you.

“I thought it was a wonderful legacy to him to start it after he died. But it is a difficult hill to climb – there isn’t public money for anything like that. “I miss Ant every single day.  The best times we had with him as adults were always visiting him on set or perhaps working on editing the film in post-production  in London or Berkeley. He would be like a fish in water, absolutely in his element.  Richard and I went to Rome when he was filming the Talented Mr Ripley. There was one night when we were on the Ponte Sant’Angelo and we were watching Cate Blanchett, Matt Damon and Jude Law doing this wonderful scene on the bridge – it was absolutely mesmerising.

“Cold Mountain was an enormous set and we went to Romania for ten days – they made a special town to shoot in and it was quite extraordinary. The atmosphere was not unlike a boarding school and Nicole Kidman cooked us Thanksgiving Dinner while we were there.  Anthony made such very good professional friends in the film business, and they still love him and are grateful to him.  He was just a little boy from the Isle of Wight, but he commanded love and respect wherever he went.”

Minghella Ice Cream, is now based at Briddlesford Lodge Farm, home of the Griffin family and their award winning Guernsey herd of dairy cows and Briddlesford reared veal. Uniting two Island businesses, to create delicious ice creams from the creamy milk of the Briddlesford herd which is pumped straight from the milking hall into the Minghella factory.