Colin Boswell... On Bringing Garlic to the Masses

What was once a much-loved Mediterranean staple is now firmly rooted in Isle of Wight soil. Colin Boswell, the king of Garlic comes from a farming family, where three generations have carved out a living in the heart of the Isle of Wight. Yet the drive and determination of this most visionary farmer has made The Garlic Farm more famous for growing a wider range of garlic than anywhere in Europe.

The catalyst is all down to a little known story during World War II….

"Amazingly, garlic was first grown in Egypt about 5,000 years ago before spreading east and north. It was almost certainly grown on the Island during the Roman times, and through the Middle Ages. But there was no indigenous industry here. During the second-world war, the French crews of a flotilla of ships were stationed in Cowes, where they drank in the Painter’s Arms. The publican, Bill Spidy also ran a small Island farm, next door to Mersley (the site of The Garlic Farm).

The French couldn’t stand our dull English food, and pleaded with the publican for some garlic. He didn’t have any but two of his RAF mates were seconded to the S.O.E (Special Operations Executive). On October 27th 1942, a Lysander flew to Auvergne delivering two agents and picked up two sacks of garlic, which duly made their way back to the Island. Bill Spidy planted the garlic and kept the French happy for the rest of the war. 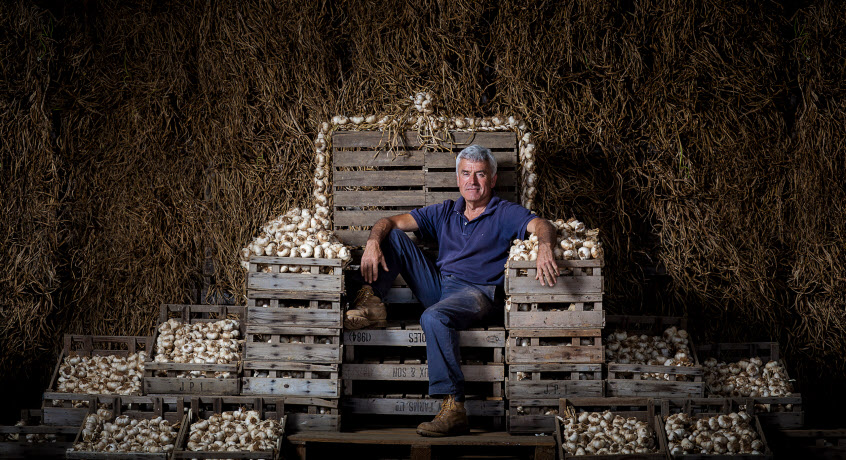 When my mother, Norah arrived at Mersley in the mid 1950s, she got access to the garlic stock; and started growing it herself in the kitchen garden. Back then my parents ran a family farm growing sweetcorn, while I worked in London in marketing. But in 1976, aged 24 I left my job to return to my roots on the family farm with my new wife Jenny, who gave up her job in the city. We were supplying the supermarket Tesco, but we wanted to find another crop to grow.

Garlic had an excitement and curiosity about it. During the 70s, bistros were bursting with garlic on the menu and garlic was de rigeur. My wife and I were also devotees of the cookery writer, Elizabeth David and used her recipes from her book, “French Provincial Cooking”. Garlic was one of the key ingredients. During the hot summer of 76, my mother produced a bumper crop of excellent quality garlic, which was far superior to what was stocked on the supermarket shelves. So we start to grow it, then as demand outstripped us, we began to import it to sell to the major supermarkets. During the 1980s there was such an explosion of public demand for garlic bread and chicken Kiev. It was said there were more people in southeast England eating garlic, than in Northern France. 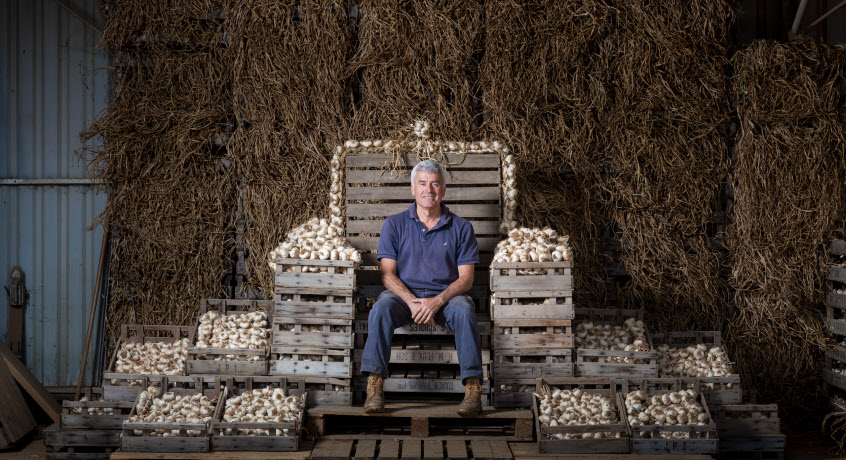 With a working background in marketing I had a very clear idea as to the full potential of the market - I felt we were on a rising tide as garlic was continuing to be discovered during the 80s and 90s. By the late 90s, we sold the business that supplied supermarkets in order to concentrate on selling directly to the burgeoning numbers of farm shops and farmers markets. In 2001 we opened our own farm shop and launched our website and now we sell direct to the public in over 500 farm shops and delis all over Britain. We supply locally to the supermarkets The Co-op and Waitrose; and even Fortnum & Mason are stocking our elephant garlic.

Jenny and I have five children and all of them have become heavily involved with the business. My son, Hugo, 27, runs the holiday cottages and the website. Our daughter, Jo, 26 helped to set up the farm shop and restaurant. Natasha, 32 has just had her second book on garlic reprinted, “Garlic - The Mighty Bulb.” My son, Oliver, 34 runs a surfing and yoga retreat in Morocco but still takes an active interest in what’s happening our end. Alexia our eighteen year old is currently working in the shop and fully conversant with everything going on. While my wife, Jenny, started the garlic pickles in the kitchen  - all the added value products are a major part of the business; garlic butter, relish, pickles, mayonnaise, chutney – and we’re continuing to develop a huge range of products.  Every July, the family heads to Hampton Court Palace Flower Show where we display each year and have incredibly, won many gold medals!

My life is garlic and I’ll travel anywhere to discover more about it. I’ve been fascinated by man’s relationship with garlic and its pure origins. A chance encounter with Professor William Stearn, Lindley professor at Kew had a profound impact on my quest to uncover the hidden story of garlic and its ancient beginnings. Prof Stearn, dubbed the modern Linnaeus, was a world famous botanist and taxonomist best known for this book Dictionary of Plant Names for Gardeners. He gave me two all-important leads, Peter Hanelt, the world authority of alliums and Berthold Laufer, an etymologist who had delved into the history of garlic. 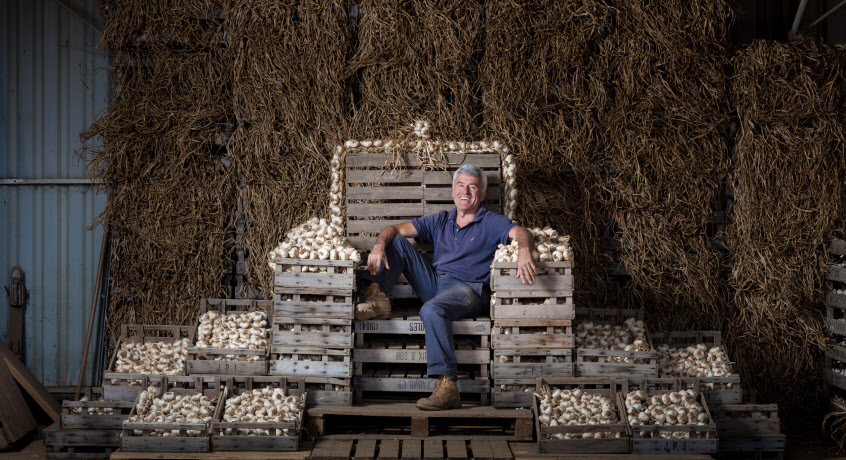 I’ve traveled extensively to widen my knowledge on garlic from trekking high into the mountains of Kazakhstan on a Kazakh pony to the remote areas of eastern Turkey in search of wild allium longicuspis and tuncelianum, the ‘mother of all garlics’. We’re now supplying as far as Eastern Europe such as Latvia, Lithuania, Belarus and Czech Republic.

So I’m a garlic farmer who specializes in every aspect of the subject. Garlic is a product of nature - not man -  although man has adapted it and there is still a mystique of something not fully explained by science. Garlic and our relationship with it, is not yet fully interpreted and I still find that very exciting."