Charlotte Corney... on hand rearing tigers & growing up in a zoo

Meet Isle of Wight Zoo director Charlotte Corney as she talks to myIsleofWight about life growing up in a zoo and hand rearing tigers to becoming an animal conservationist.

Charlotte Corney calls to Jaguar Tequila and she ambles down to the edge of her enclosure at the Isle of Wight Zoo making a clicking purring sound to greet her, and like a domestic pussycat she rubs against her to be tickled behind the ears.

Rearing animals was something that Charlotte grew up with as her father moved the family to the Island after buying the ailing Sandown Zoo in the year she was born, 1976. Built in an old Victorian fort, the zoo was started in the mid 50s, but by the mid 70s it was in a seriously bad state.

“We used to breed tigers but we don’t have any big cats registered to breed now. In the 70s when we realised how critically endangered they were we bred 30 tigers. But they can’t be released to the wild.

“We need a sustainable captive population now. The new era of thinking is that people need to be educated and we started that here some 20 years ago: giving meaningful educational experiences that people will go away and act upon. We’re in a good place to do that because we’re small enough to engage with the visitors.

“My father Jack Corney bought the zoo with my mum Judith in 1976. He had an engineering firm but had always had a passion for wildlife. He had been a WW2 pilot in Africa and had a loose strategy to position himself out in Africa and stay on, but that didn’t work out.

“His idea was that the zoo would be a hobby and he’d still run his engineering firm. We moved into a bungalow while the zoo was being renovated but it didn’t take long before he realised it was going to be more than a hobby.

“It was due for closure if it hadn’t been rescued. The zoo started in the mid 50s. Someone brought in a cine film from 1958 and the people were all dressed up. There was a chimp sat on someone’s lap and a penguin pool.

“My dad thought at first of it just being a herpetology centre (reptiles) but that wasn’t seen as a good business plan. In 1978 we were donated a tigress from Twycross Zoo who was a hand raised cub named Tamyra. That kick started the big cats. She was joined 18 months later by a young male and they became a breeding pair.

“My dad used to walk Tamyra on the beach and mum continued to hand raise her when she arrived at the age of six weeks. There was no way back then for my dad.

“I was about three months old when we came to the Island from Manchester. My poor mum. It was quite a rude awakening for her. She ended up with two small children and a derelict zoo.

“As a child I considered it all perfectly normal and it wasn’t until I got older and started school that I realised that not everyone had bear cubs romping around their homes. Winnie and Ginny are still alive a Woburn Zoo I hear.

“My mum had a 2CV with a tiger painted on the front and she used to put Flossie (the leopard) in the car to come and pick me up from school. My sister Emma had some little lion cubs that she looked after. I was normally carting something around like a snake round my neck, and my father used to involve me in the presentations. It was like having a weird and wonderful playground. 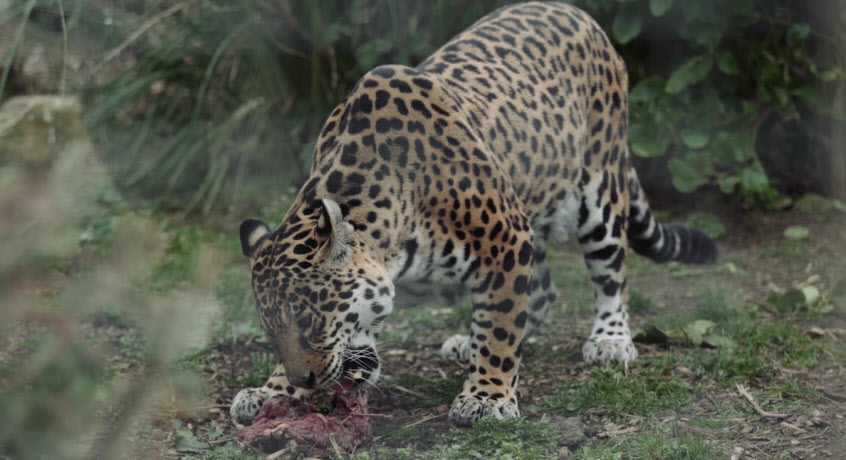 “We got more and more cats and different species and added in random animals that he’d seen at other zoos. We had a giant tortoise, a baby elephant for while and a camel who was really badly behaved. You’d do deals with people and have something in for a season but that doesn’t happen so often now.

“My father did a lot of research, going to other zoos and he’d ask people going in what they wanted to see most, and going out what they’d enjoyed the most; data capture in its most primitive form. He was quite radical in his thinking and quite a showman. He didn’t shy away from milking venomous snakes or going in with the big cats.

“If he was bitten by a snake he had to be taken by helicopter to Southampton for anti-venom that would be brought down from Liverpool School of Tropical Medicine. The irony was that he was milking the snakes to make it. One day he went home to my mum with his arm behind his back and said “I’m just going out for a while,” and then she heard the helicopter.

“The lemurs came about 20 years ago. My mum developed a real fascination for lemurs and went to Madagascar and got involved in their conservation. Now we have mainly big cats, lemurs and more children orientated animals. 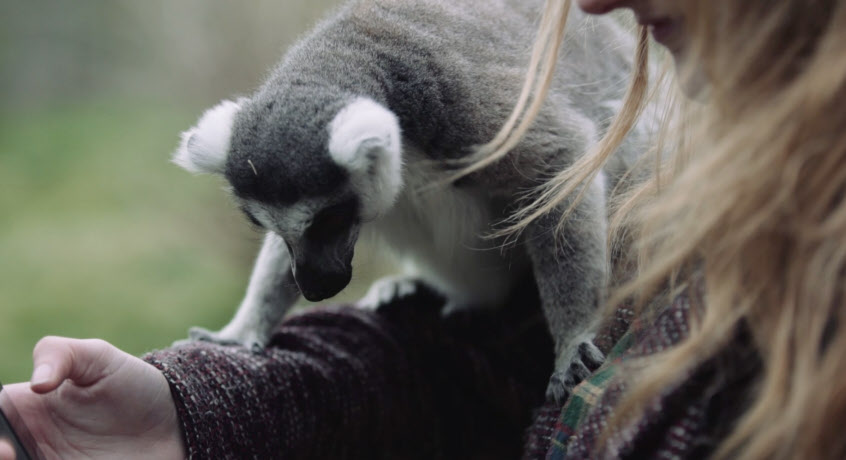 “One of the reasons we have our white lion Casper is because he’s a wonderful tool for explaining that it’s still possible to hunt lions.

“We believe that we’ll only get a result by bringing about an emotional response. If visitors go home and then don’t have their picture taken with a baby tiger in Thailand then we think we’ve got a strong reason for being here.”

Isle of Wight Zoo is open daily and to get up close and personal with the big cats you can book a hands-on Animal Experience with the tigers or the lemurs.