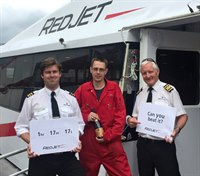 The successful attempt to set a new benchmark time around the Isle of Wight lays down a challenge to the multihull yachts competing in the annual Round the Island Race. To ensure that there is a level playing field and any timing is authenticated, Red Funnel engaged the services of the World Sailing Speed Record Council (the international body responsible for all sailing records) to oversee the attempt.

Starting and finishing on the Royal Yacht Squadron line off Cowes, the time was set on Thursday 29 June 2017 and is in the process of being ratified by the WSSRC who will then issue the Isle of Wight built fast ferry with a Performance Certificate. The average recorded speed for the 50.78 mile course was 39.42 knots. 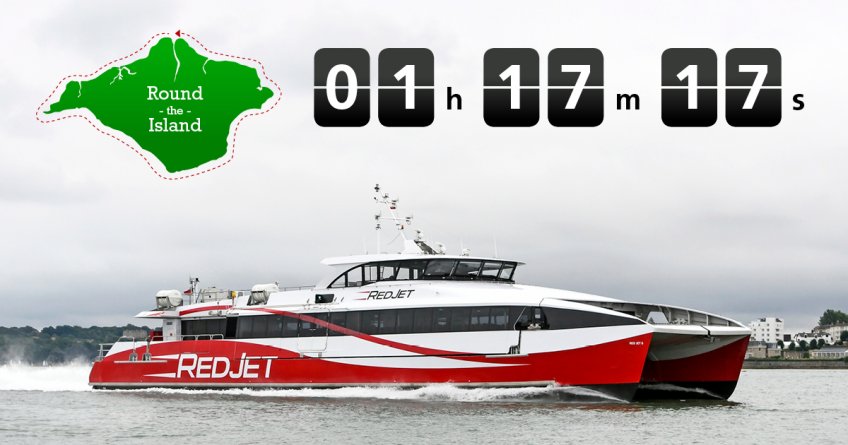 The multihull outright circumnavigation record is held by Lloyd Thornburg's Phaedo 3 which set a new World Record time of 2h 2m 31s in September 2016 at an average speed of 24.49 knots. In contrast, Guy Bridge holds the benchmark record for the fastest circumnavigation of the Isle of Wight on a kiteboard of 2h 32m 25s which was set in June 2016.

Kevin George, Red Funnel's CEO commented "We are delighted that Red Jet 6 is likely to be awarded a Performance Certificate by the WSSRC. The quad-powered vessel is the fastest Red Jet in our fleet and as she was built on the Island by Wight Shipyard, it is only fitting that she should set a benchmark time for the multihulls to try and beat."

The Round-the-Island Race in association with Cloudy Bay takes place this Saturday 1st July. Organised by the Island Sailing Club, it is one of the largest yacht races in the world with around 1,500 yachts competing for class honours.