29-09-2017  Red Funnel, the Isle of Wight Specialist has added to its trophy cabinet with a coveted UK Customer Experience Award, earning first place for excellence within the travel, leisure and hospitality sector. 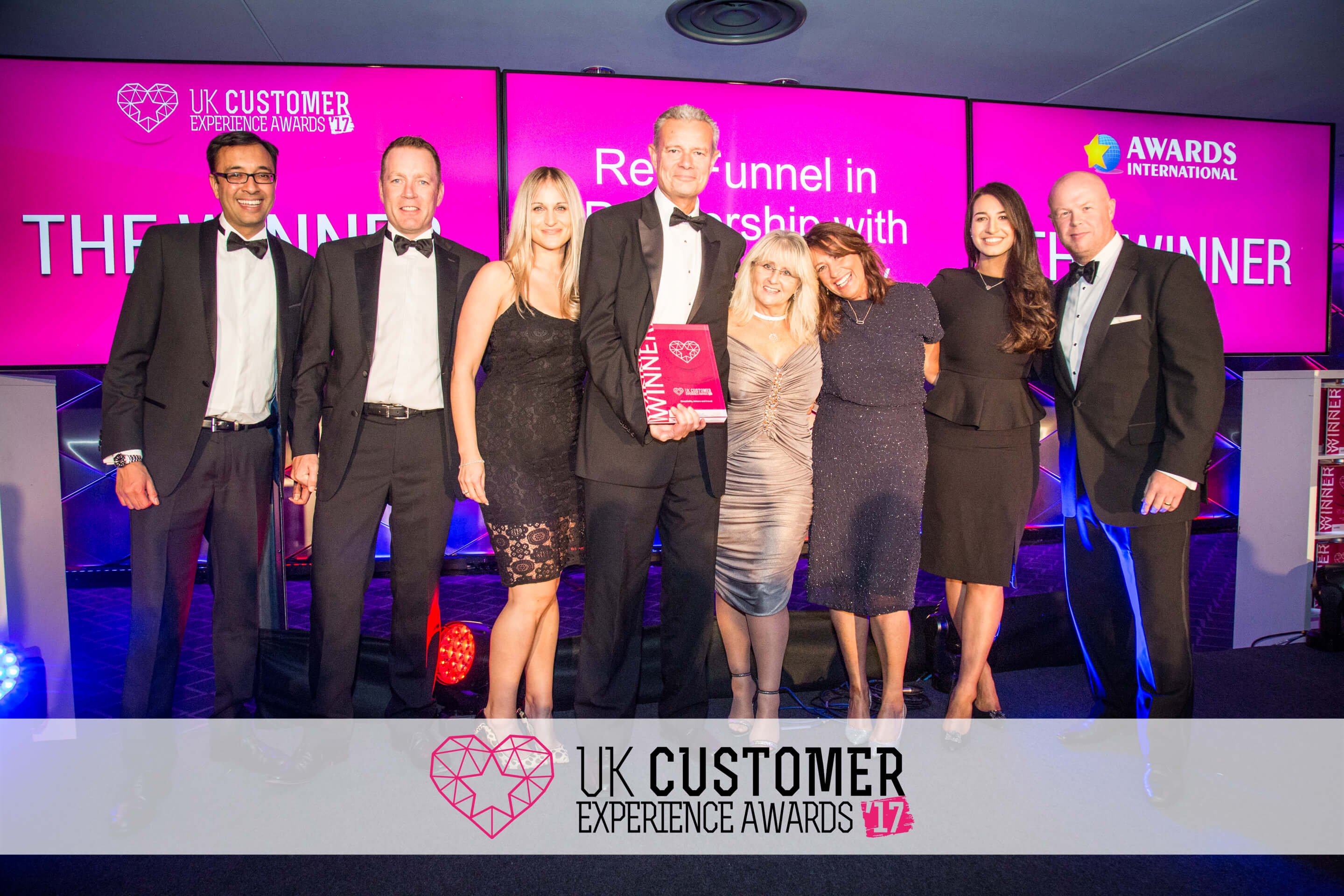 The annual event is the largest of its kind in the world, and honours companies who have demonstrated leadership in delivering superior customer experiences.

The award was announced at a glittering ceremony at Wembley Stadium in London on Thursday, 28 September 2017 and was won by Red Funnel amidst stiff competition from fellow finalists in the travel, leisure and hospitality sector.

Kevin George, Red Funnel's CEO commented "Being recognised at this level is a real honour. We take tremendous pride in what we do and we like to think we're doing a good job, but to hear it from our customers and now to be acknowledged by industry experts is a tremendous compliment. Our staff work tirelessly to make the crossing to and from the Isle of Wight a warm and memorable experience for our customers, so this award truly belongs to them. I could not be prouder of their achievement."

Red Funnel was declared a finalist for the award following a rigorous review at the end of July and was announced as a winner at Thursday night's ceremony following a team presentation before a live judging panel at Wembley.

This award comes two days after Red Funnel announced a £3M major refurbishment of its ro-pax ferry, Red Eagle. In an effort to further elevate the on-board customer experience, the project will deliver a significant increase in the number of interior seats, upgraded facilities and a modern new look to match sister vessels Red Osprey and Red Falcon. The refit will start in January 2018 and be completed in time for the summer timetable starting on 29 March.