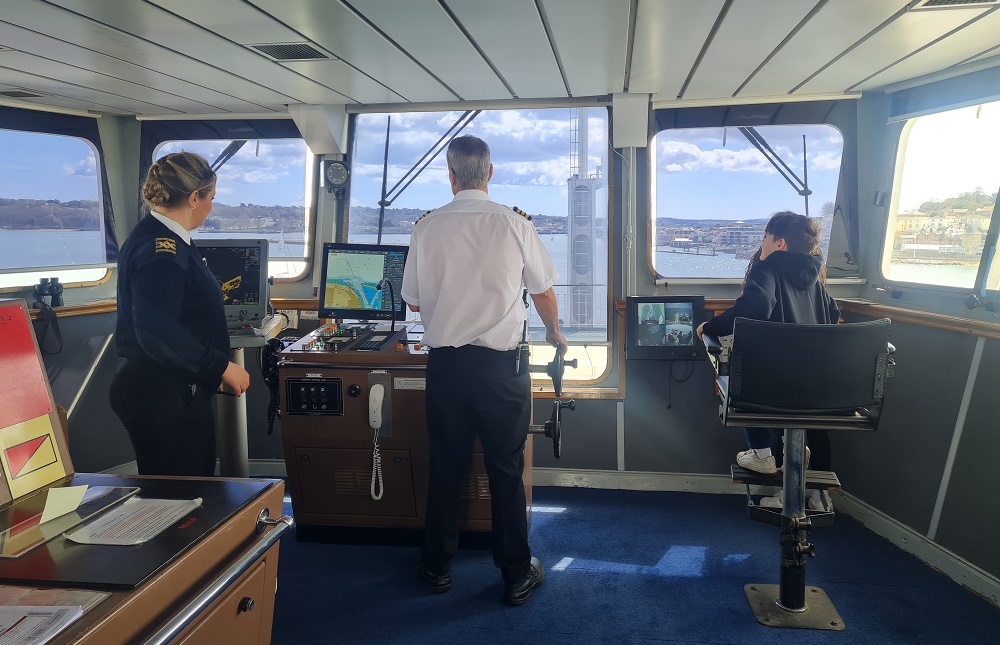 Red Funnel played host to 10-year-old superfan, Tayo who was celebrating his birthday in style, with an exclusive tour of the Red Eagle.

The day’s festivities saw Tayo starting the day by assisting Captain Alice Duncan with the Red Eagle sailing, which was then followed by Tayo and his family observing the vessel loading and waving her off on her return journey. Tayo was then given the opportunity to say goodbye to Captain Alice over the radio and was gifted with a limited-edition Red Jet toy to add to his already growing collection. Once arriving in West Cowes Tayo was able to meet the operations team and given a tour of the bridge and before returning to Southampton.

Sandra Whatley, Red Funnel Customer Services Specialist, said: “We were thrilled to host Tayo on his 10th birthday. It was great to see his excitement for all things Red Funnel and he was a welcome honorary member of the crew. We hope he had a fantastic birthday and look forward to seeing him on board again soon.”

In addition to ferry travel, Red Funnel is the only cross-Solent operator to offer ferry inclusive bonded holiday accommodation, attraction tickets, festival and event tickets and activity packages. Sub-brands include ‘Red Jet’ (the Hi-Speed passenger only ferry service serving West Cowes) and its on board café, ‘ReFuel’.

The Company is a founder member of Visit Isle of Wight Ltd, the Island’s not for profit destination management organisation and Red Funnel sponsors or supports most of the Island’s premier events including the IW Festival, Cowes Week, Rhythm Tree, The Great Wonderfest, Wight Proms, Cowes Classics, and Walk the Wight as well as a range of community and niche interest events. Red Funnel’s Charity of the Year, 2022 is Young Lives Vs Cancer.