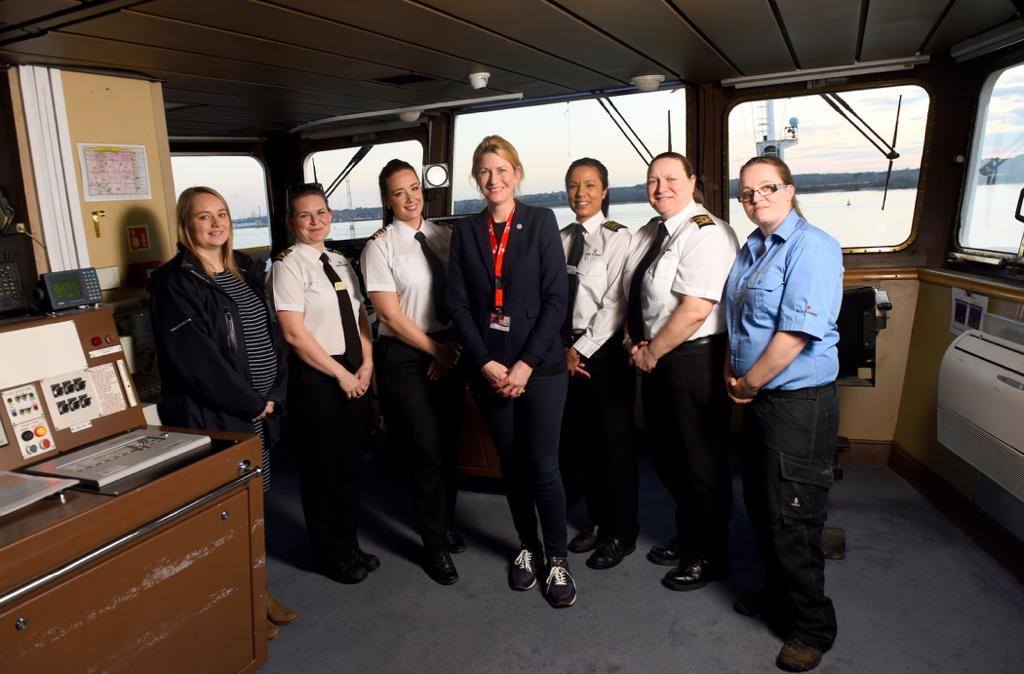 This Sunday, 8th March, celebrates International Women’s Day as a focal point in the movement for women’s rights to help forge a gender-equal world and celebrate women’s achievements. As part of its commitment to the ongoing support of women in the maritime industry, Red Funnel has signed the Women in Maritime pledge and intends to achieve chartership by June 2020.

The chartership, developed by Maritime UK, creates a framework to challenge companies to make progress on fairness, diversity and inclusion within the sector. Ultimately it aims to address gender equality in maritime roles, something that Red Funnel strongly supports.

At Red Funnel, 8.23% of certificated officers are female, as are 26% of our ships’ crews. The former is more than double the 2019 national average statistic of just 3%.  Whilst these numbers are still far from equal, Red Funnel is committed to providing equal opportunities to all its staff, both ashore and afloat, and is proud to have seen the increase in gender equality in all areas of our business in recent years.

Red Funnel has already taken explicit steps towards chartership, including offering more flexible working options for women in maritime roles, providing employees with access to apply for flexible working at any time (not having to wait 26 weeks as per statutory legislation), and offering company enhanced maternity pay after two years’ service.

Fran Collins, CEO of Red Funnel Ferries, commented: “I’m very proud that Red Funnel has signed the Women in Maritime pledge and continues to surpass industry averages in what is historically a male-dominated industry. As an industry, we still have a long way to go but at Red Funnel we are dedicated to achieving Maritime UK chartership and continuing to take steps to inspire more women to join a fantastic industry that offers such a wide range of career options.”

Red Funnel is the original Isle of Wight ferry company with roots tracing back to 1820. Based in the UK port of Southampton, Red Funnel carries 2.3m passengers and over 800,000 vehicles on its ferry route between the UK port of Southampton and East Cowes and 1.1m passengers between Southampton and West Cowes on its Red Jet Hi-Speed service.  In addition to ferry travel, Red Funnel is the only cross-Solent operator to offer ferry inclusive bonded holiday accommodation, attraction tickets, festival and event tickets and activity packages. Sub-brands include ‘Red Jet’ (the Hi-Speed passenger only ferry service serving West Cowes) and two food & beverage brands, ‘Steam Coffee Company’ and ‘ReFuel’.  The Company is a founder member of Visit Isle of Wight Ltd, the Island’s not for profit destination management organisation and Red Funnel sponsors or supports most of the Island’s premier events including the IW Festival, Cowes Week, Rhythm Tree, The Great Wonderfest, Wight Proms, Cowes Classics, and Walk the Wight as well as a range of community and niche interest events. Red Funnel’s Charity of the Year, 2020 is Isle of Wight Independent Lifeboats.