The Cowes Cycle Hub is located adjacent to Red Funnel's Red Jet terminal and is fully enclosed, incorporating dual-level storage for 72 road or mountain bikes. For security, it has sensor controlled lighting and 24 hour CCTV and a universal repair stand. A range of tools is provided to make repairing punctures etc. as easy as possible.

A similar Cycle Hub is being built in Newport near the Riverside Centre and will be officially unveiled at the Riverfest event on 13th May. Both Cycle Hubs can be used free of charge although bikes left unused for extended periods will be removed.

The traffic-free, 7.1km Cowes to Newport cycle track links both Cycle Hubs and is part of the National Cycle network (route 23) linking Cowes with Sandown via Newport. The hill-fee route follows the western bank of the River Medina along the former Cowes-Newport railway line.

Supported by the Isle of Wight Council through its current Sustainable Travel Transition Year (STTY) programme from the Department for Transport, the Cycle Hubs should help increase the use of the Cowes to Newport cycle track and provide an integrated sustainable transport experience for cyclists.

Murray Carter, Red Funnel customer services director said: "The new Cycle Hubs will provide modern, purpose built facilities for anyone cycling to or from work or using their bike for leisure purposes. Both Cycle Hubs are conveniently located for visitors who want to explore Newport or Cowes (or travel to Southampton) and leave their bikes in a secure environment." 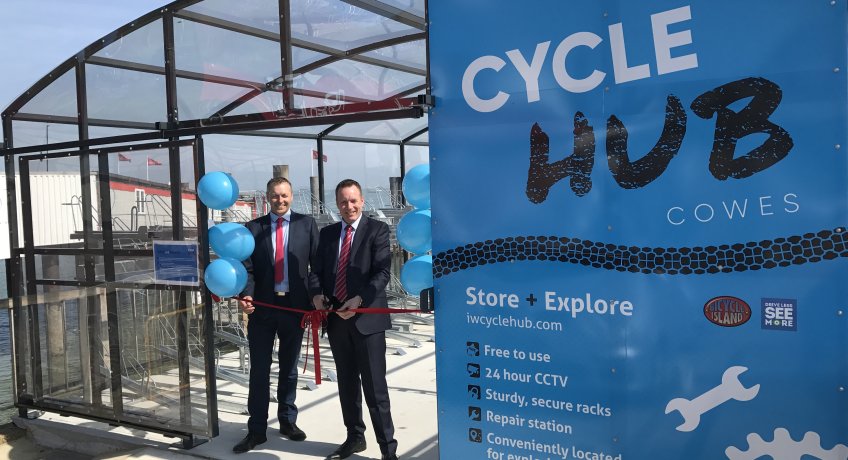