Here at Red Funnel, we love getting involved with the community and local charities – and quite often the two go hand in hand.

Recently, Red Funnel chose to sponsor ‘999 Heroes’, a campaign run by Hampshire & Isle of Wight Air Ambulance. Aimed at children aged 3 – 11 years, the program was created to familiarize children with the basic skill of making a 999 call and what to do in an emergency if there is nobody around to help. 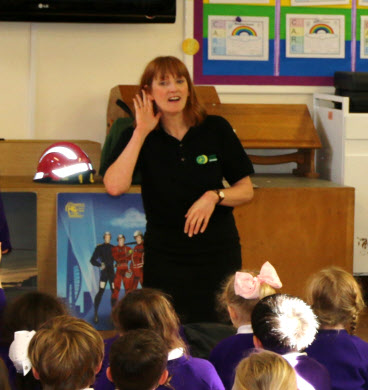 In just two years, Hampshire & Isle of Wight Air Ambulance have reached out to over 35,000 children with this life-saving message and won the National Air Ambulance Aware of Excellence ‘Campaign of the Year 2016’ – which we think was well deserved.

On the 12th of October, we visited Godshill Primary school on the Isle of Wight to watch the charity in action, delivering an exciting interactive assembly – with a surprise visit from Pilot Paws and our very own Ted Funnel!

The 140 children present loved learning about keeping safe and emergency practices – taking part in a dummy phone call to the ‘999 operators’ (their teachers!) and seeing what the Air Ambulance team gets up to every day. And of course, who doesn’t enjoy saying hello to two 7 foot tall teddy bears! 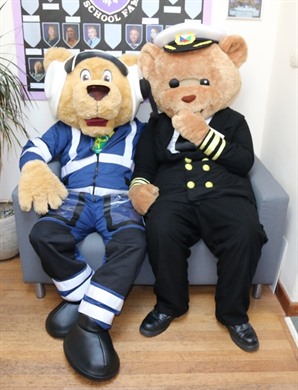 You can read more about this campaign here.