This section details our service performance indicators to enable customers to see how well we are doing. Reliability and punctuality records speak for themselves, but very occasionally bad weather or technical problems can result in temporary suspension, cancellation or delay.

Red Funnel's service reliability figures for each route are shown below compared to the previous year. We endeavour to always operate the published timetable regardless of the load factor but unfortunately, some cancellations are inevitable due to bad weather and unforeseen technical issues. All technical cancellations which include problems with shore-side infrastructure are investigated and a continuous improvement process is in place. 'Other' reasons for cancellations can include staff sickness, medical emergencies and restoring the timetable following late running etc.

Red Funnel's punctuality figures for each route are shown below and provide a comparison by month and by previous year. Service punctuality is measured by the number of sailings which depart 5 or more minutes after the advertised departure time.

We take punctuality extremely seriously and although there are some causal factors outside our control we are in continuous dialogue with the relevant parties.

The graph below shows Red Funnel's average fare increases in relation to RPI (Retail Price Index). It has been independently audited by Grant Thornton. 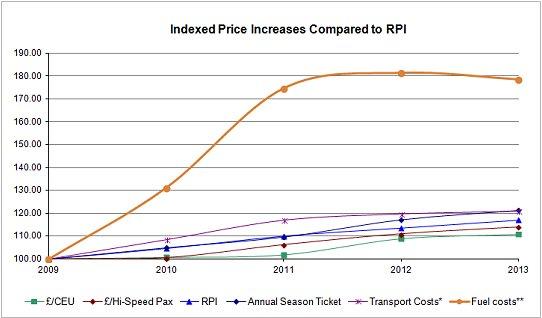 We use a continuous independent review system based on Feefo's online platform. Customers using our Southampton<>East Cowes service are sent an email and are asked to rate Red Funnel's overall service and to score the sailings on which they travelled.

The data below shows Red Funnel's total share of the cross-Solent passenger and vehicle market compared to prior period and prior year. Note: There are 13 four week periods each year.