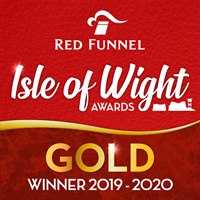 Located between Shanklin and Ventnor on the road to Wroxall, the Isle of Wight Donkey Sanctuary is open all year round from 10:00am till 4:30pm, weather permitting. Everyone is welcome to come and visit the adorable donkeys including well behaved dogs.

There are over 90 donkeys and 25 horses and ponies (Jan 2018) to see, all of which are British apart from Busby who was owned by an Island family who moved to France and brought him back when they returned.

There are events held throughout the year which are all about the animals and there are even special Valentine celebrations, a Gaelic weekend for the Irish, Welsh and Scottish donkeys, a spring open day and an Animal Blessing Ceremony with the local vicar where everyone is invited to bring their pet – if you’re on holiday with your dog you might like to join in too.

Visitors flock to the Donkey Sanctuary on the outskirts of Wroxall and many will ‘Adopt A Donkey’ as part of their visit. You can adopt one of the donkeys from just £20 a year. Or you might like to adopt a pair of donkeys for £25 per year; Scott and Oliver or Paddy and Murphy are inseparable ‘best mates’ who are never more than a few yards away from each other.

The Donkey Sanctuary is Red Funnel's 2018 Charity of the Year and is a CIO (Charity Incorporated Organisation) run by a trust, who employ around ten people (mainly part time) and have between 30 and 35 volunteers. The Sanctuary farm managers are Laura Major and Julia Newton.

In the past three years the trust has worked hard to upgrade the site, improving animal welfare and the visitor experience. There has been a barn extension and the addition of field shelters for the donkeys and they are now more effectively managed in small groups.

“We’ve tried to become much more interactive with the public,” said Charity Manager Derek Needham. “We’ve added donkey grooming, donkey walking and the Donkey Experience where you spend half a day with your donkey, being a groom, mucking out and getting to know one particular donkey.

“We’ve put a café on the site and walkways so you can get close to the donkeys and we’ve improved the car park,” added Derek. “And we’ve put up signage so that people can learn about the animals and there’s a picnic area from which you can see the donkeys.

“There is a café on site and a gift shop that sells pretty much everything related to donkeys – soft toys, household and stationary items and our own clothing range with the Donkey Sanctuary logo and we also sell online,” explained Derek. “Plus we have ‘Busby’s’ shop where you can buy books and bric a brac donated by our supporters and pick up your ‘Fab Fundraiser Packs’ for free.”

One lady and her friends in Bourton on the Water have been running a stall twice a week during the summer months for many years and donating all of the money to the Donkey Sanctuary – over £10,000 a year!

The primary aim of the Donkey Sanctuary is to look after the health and wellbeing of the animals, which does cost a lot of money. To that end they are a visitor attraction to help pay the bills. But the sanctuary does also support events around the island such as school fairs and the Santa Specials at the IW Steam Railway.

School visits come to the ‘Classroom in a Stable’ to learn all about the animals and the donkeys do also make visits to those who cannot come to them such as disability centres and care homes.

“People find calmness from being with the donkeys,” said Derek. “It’s very therapeutic for many people. They like to potter around and pick their favourite donkey.”

So if you would like to meet a furry friend, and even adopt one and be updated on your donkey throughout the year then make sure to visit The Donkey Sanctuary during your holiday on the Isle of Wight.