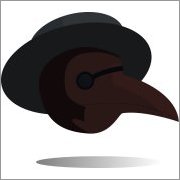 Newport was founded in about 1180 by Richard de Redvers, the lord of Carisbrooke Castle.

The town was at the head of the Medina estuary and was laid out largely to a grid pattern of streets. By the 17th century it was prosperous as a place of trade and in Georgian times was the commercial and social centre of the Island.

When the plague came, Newport had no burial ground. Church Litten cemetery dates back to 1583, in the reign of Queen Elizabeth I. It was entered through the stone Park Gateway, also 1583, that still stands today. 'Litten' comes from a Saxon word meaning a cemetery.