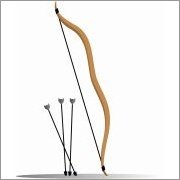 Newtown (sometimes called Francheville) was established in 1256 by Bishop Aymer of Winchester, beside a navigable creek in his manor of Swainston.

The name Francheville indicated a 'free town' where land and tenements were held at a fixed rent and the people were mostly free of the usual obligations to perform services for the Lord of The Manor.

Streets were laid out in a grid and, for a time, Newtown was a significant port that rivalled those at Yarmouth and Newport. In 1285 it passed to the king, but in 1377 was destroyed by a French raid, never to recover. By the 18th century Newtown had become something of a 'lost town.'