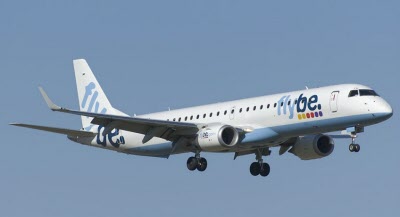 Travelling to the Isle of Wight is easy for passengers arriving at Southampton Airport or one of the many airports serving the wider South East region. There are flights to Southampton from many UK regional airports and European cities such as Dublin, Paris, Geneva, Munich, Dusseldorf and Amsterdam. There's also excellent transport links to Southampton from London Heathrow (LHR), London Gatwick (LGW) and Bournemouth Airports (BOH).

Once in Southampton, you can travel by ferry with Red Funnel to the Isle of Wight either as a foot passenger or with a hire car or motorhome.

Located 15 miles west of Southampton, Bournemouth Airport is easy to get to and from by road, rail and coach. Airlines serving the airport include easyJet and Ryan Air.

Located 28 miles south of London near Crawley, London Gatwick is the UK's second largest airport and has 2 terminals (North and South). The airport is served by most major airlines including Air Canada, Cathay Pacific, British Airways, Virgin Atlantic, Emirates, EasyJet, Ryan Air, Flybe, Norwegian, Swiss, Vueling and many others.

Located 15 miles west of London, Heathrow is the UK's largest international airport. It is easy to get to and from by road, rail and coach. Heathrow has 5 terminals and is served by all major airlines with the exception of some low-cost operators.

Just catch a train into central London followed by a bus, tube or taxi to London Waterloo rail station from where there are frequent South West Trains rail services to Southampton Central.

From Southampton Airport (SOU) it is really easy to get to the city centre by public transport. The airport has its own adjacent station (Southampton Airport Parkway) with the journey to Southampton taking around 10 minutes. On arrival at Southampton Central you will find the Quayconnect shuttle bus service which operates between the train station and the ferry terminals.

Southampton airport is just outside Southampton city centre and has excellent road and rail links. It is the fast-track airport of the south, serving over 47 European destinations.

The FREE Quayconnect Shuttle Bus connects Southampton's Central Rail Station (short walk from the coach station) to Red Funnel's ferry ports for IoW ferry sailings to East and West Cowes. Alternatively, there is a taxi rank at the station for the 5-8 minute journey to the ferry terminals. It's about a 12-15 minute walk.