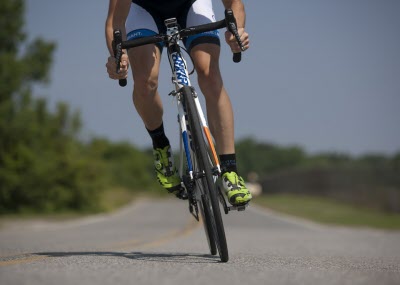 Two National Cycle Network routes meet in Southampton and form the backbone of safe, traffic-free commuting in the city.

National Cycle Route 24 runs into Southampton on its long journey south from Bath, where it joins NCN23 at Eastleigh. NCN23 extends south along the banks of the Itchen, to the centre of Southampton. NCN23 also extends to the Isle of Wight via Red Funnel's services across the Solent.

From the east, NCN2 follows the waterfront at Weston before crossing (free of charge) the Itchen toll bridge, joining NCN23 at Saltmarsh Road. To the west of the city, there is a comprehensive network of Local Cycle Network routes serving commuters in the Millbrook, Shirley, Shirley Warren and Lordswood districts. For commuters travelling into the city centre from the north, Southampton Common has a number of permissive paths that offer a green, traffic-free route into the city.

Cycling to/from the Isle of Wight

Bicycles are carried free of charge on Red Funnel's vehicle ferry service between Southampton and East Cowes. Unfortunately due to the design of the vessels, cycles cannot be carried on the Red Jet Hi-Speed service unless they are of the folding type and carried in a purpose designed bag.

There are dedicated cycle stands along Town Quay, near the entrance to Red Funnel's Terminal 1 and Terminal 2 in Southampton. At Red Funnel's East and West Cowes terminals there are areas suitable for securing cycles - please ask local staff for details.