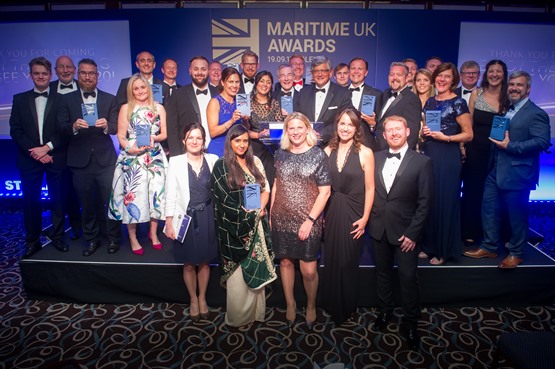 The prestigious award, sponsored by the Department for Transport, recognises Red Funnel’s contribution to supporting the British shipbuilding industry and championing the UK Government’s Maritime 2050 strategy, which seeks to maintain and strengthen the UK’s position as a global maritime leader.

Of Red Funnel’s existing fleet of seven ferries, six have been built in the UK.

Most recently, Red Funnel awarded a £10 million contract to Cammell Laird, based in Birkenhead on the River Mersey, to build its new state-of-the-art freight-only ferry, Red Kestrel. This marked the third successive UK-based ship order for Red Funnel in recent years and specifically generated over 3,000 hours of apprentice work and supported 45 UK supply chain business. Red Funnel’s newest high-speed catamarans, Red Jet 6 and Red Jet 7, were built even closer to the company’s home, on the Isle of Wight at Wight Shipyard in 2016 and 2018. The orders amounted to a £13M investment into the UK economy, with much of that staying on the Isle of Wight. Some 85 skilled Island craftsmen were employed during the Red Jet builds, including several apprentices.

In addition to supporting UK shipbuilding, Red Funnel is helping to keep maintenance jobs within the UK. In April 2019, the company signed a three-year agreement with A&P Falmouth to service its vehicle ferries for routine maintenance.

Fran Collins, CEO of Red Funnel said: “We are extremely delighted to receive this prestigious award as we continue to do our part to support the British maritime industry. We believe in the UK Government’s Maritime 2050 vision of keeping the UK as a leading, global maritime nation, so we’re particularly honoured to receive this accolade. Supporting the UK maritime economy is strongly embedded in the present day ethos of Red Funnel, has been since we were founded back in 1861 and will continue to guide our actions in the future as we look to embrace new technologies towards a greener future.

The award was presented by Nusrat Ghani, Maritime Minister at the Department for Transport and was accepted by Red Funnel’s Chief Financial Officer, Graham Barnetson.