The gender pay gap is the difference between the average earnings of men and women, expressed relative to men’s earnings. For example, ‘women earn 15% less than men per hour’.

The Gender Pay Gap (GPG) report shows the difference between the average earnings of men and women. The value of this information to both the UK economy as a whole and to our own organisation is of great importance when measured to its full potential and used to develop our employment strategies.

By considering any remuneration discrepancies which may inadvertently exist within our organisation and using this information to put together a proactive approach to incite a positive change, we can then look to aid the issue which affect many sectors of the UK economy.

The GPG figures are calculated by analysing all our employees’ hourly rates of pay on a single specified date.

We then divide the hourly rates of pay into four quartiles to show the distribution of men and women at various levels in our organisation. A calculation is also made regarding bonus pay and the average difference in this pay between men and women, whilst reporting the percentage of each gender which were paid a bonus.

Please find figures below relating to the snapshot date of 5th April 2018:

What do our figures show?

As an organisation, we are aware that there are gender discrepancies across the marine industry.  According to the 2017 Maritime HR Association annual salary survey, published by Spinnaker Global and Brook Graham*, there is an average pay gap of 45% across the UK maritime industry, with the proportion of women employed decreasing as salaries increase.

Our mean gender pay gap is 29.5%, and although this is significantly better than many other marine employers, this is attributable to the fact that senior positions within the marine sector are predominantly filled by men. Across the business, when we compare our active officer and engineer roles YOY (2017 vs. 2018), there were 17 women and 130 men in in 2017 and in 2018 there were 20 women and 124 men.

Since 2017, we have seen a 20% increase YOY in female managers within the business. The female leadership team now consists of three female Heads of Departments, one female Director, two female Masters and two female Commanders. We now have a head count of 25 women in managerial roles, with one third of the overall board being female, including the appointment of a new female CEO; who is passionate about promoting practical steps to increase the number of women in the maritime sector.

As an organisation, we are committed to the principle of equal opportunities and equal treatment for all employees, regardless of sex, race, religion, belief, age, marriage or civil partnership, pregnancy/maternity, sexual orientation, gender reassignment or disability. We have a clear policy of paying employees equally for the same or equivalent work, regardless of gender (or any other characteristic set out above).

We are committed to doing everything we can to reduce the gap and our mean gender gap has reduced by 15% YOY.

With that in mind, we have already identified action points and priorities for 2019/2020, to build upon the improvement in these figures across our organisation, which includes:

We appreciate that none of these initiatives will, on their own, eradicate the gender pay gap and it may be several years before they have any impact at all. In the meantime, we will continue to report on an annual basis with what is happening within the business and what we’re doing to reduce the gap. 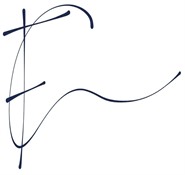