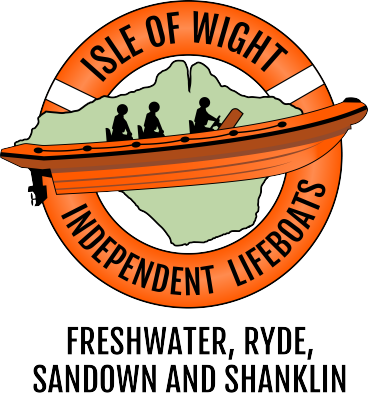 Charity of the Year 2021 - Isle of Wight Independent Lifeboats

Freshwater Independent Lifeboat, Ryde Inshore Rescue and Sandown & Shanklin Independent Lifeboat have joined forces to raise awareness and much needed funds which will be split equally between them. Funding will support the groups’ operations which are united in a common goal of saving lives at sea and along the coastline. All three groups, which work in conjunction with other emergency services such as Her Majesty’s Coastguard, RNLI, Ambulance, Police, IW Search & Rescue, as well as suicide prevention groups, are entirely operated by volunteers and are privately funded through donations.

Any customers making a booking with us between now and the end of 2021 will be able to make a donation at checkout or customers can make donations between £1 - £20 via the 'Donate' button below. All donation will be split evenly between the collaboration of Isle of wight Independent Lifeboat charities.

A bit more about the lifeboat charities...

Founded by local members of the community in 1972, the Freshwater Lifeboat Station is owned and operated by the Freshwater Independent Lifeboat Service and is located in Freshwater, on the Isle of Wight. The organisation operates 2 lifeboats and 2 Fast Rescue Craft and is on call to the Coast Guard 24 hours a day, 365 days a year. The FILB station covers an area up to 30 miles off shore from Hurst Point to St Catherine's point. The service is not part of the RNLI and does not receive funding from the RNLI or the government. Regular operations often involve helping casualty vessels in need, performing recoveries from the cliffs, searches for people or animals in distress, and providing safety overwatch from the water. On average the FILB will receive 20-30 shouts a year. Crew volunteers generously give their time to save lives at sea in the most hazardous of sea conditions. Ground crew volunteers work year-round to ensure that lifeboat launches/recovery is as safe as possible and that FILB equipment and Boathouse are well maintained. The shop volunteers and fundraisers make sure we have the necessary funds to continue to operate.

Ryde Inshore Rescue is located in Appley on the Isle of Wight and are on call to the coast guard 24 hours a day, 365 days a year. They operate 2 inshore lifeboats from their headquarters at Appley. As a service they attend a variety of incidents ranging from boats running around on the infamous Ryde Sands to children getting swept out to sea on inflatables in offshore winds. The team is made up of volunteers who share a common interest in helping others. Crew members are trained to a high standard and must be available at least 1 day a week to ensure they meet the requirements to become operational. Ryde Inshore Rescue are entirely Independent and are not funded by nor part of the RNLI. This crucial service is funded by donations made directly to Ryde Inshore Rescue by the public, with local support for events and fundraising. Running costs per year come in at around £40,000 per annum.

Sandown & Shanklin Independent Lifeboat are located in Sandown on the Isle of Wight and operate an emergency service 24/7, 365 days a year. They have been serving the local community for over 40 years with a range of missions, but ultimately their goal is to save lives at sea. The crew members, shore crew and fundraisers are all volunteers and the service receive no funding form the RNLI nor are they connected to the RNLI. They can operate thanks to the generosity of the public through donations.