Everyone loves to visit a zoo, especially if you can get up close and personal with the friendlier animals. At Amazon World you can be introduced to the animals in a keeper talk, walk-through the Lemur and Wallaby enclosures where you can interact with them, or you could meet a Meerkat.

Following a lifetime passion for animals, a visit to the Isle of Wight at just the right time and a journey to the Amazon Basin in South America all led Derek Curtis to bring Amazon World Zoo Park to life in 1990

Education and conservation is just as important to Amazon World as the animals they care for. Teaching us about the endangered animals of the South American rain forests and being a member of the British and European Zoo Associations, Amazon World participate in international breeding schemes to help safeguard the future of some of the rarest animals in the world. There are over 200 different animals within the zoo and most hail from that area of the world

Around the Zoo Park

Exit from this area, via the well-stocked gift shop, and there is a large ‘Adventurers Café’, more shops and a huge Jurassic Adventure playground, with a special area for under 5s.

These take place daily throughout the year to showcase a number of animals. a timetable of events will be available on entry to the zoo and may include 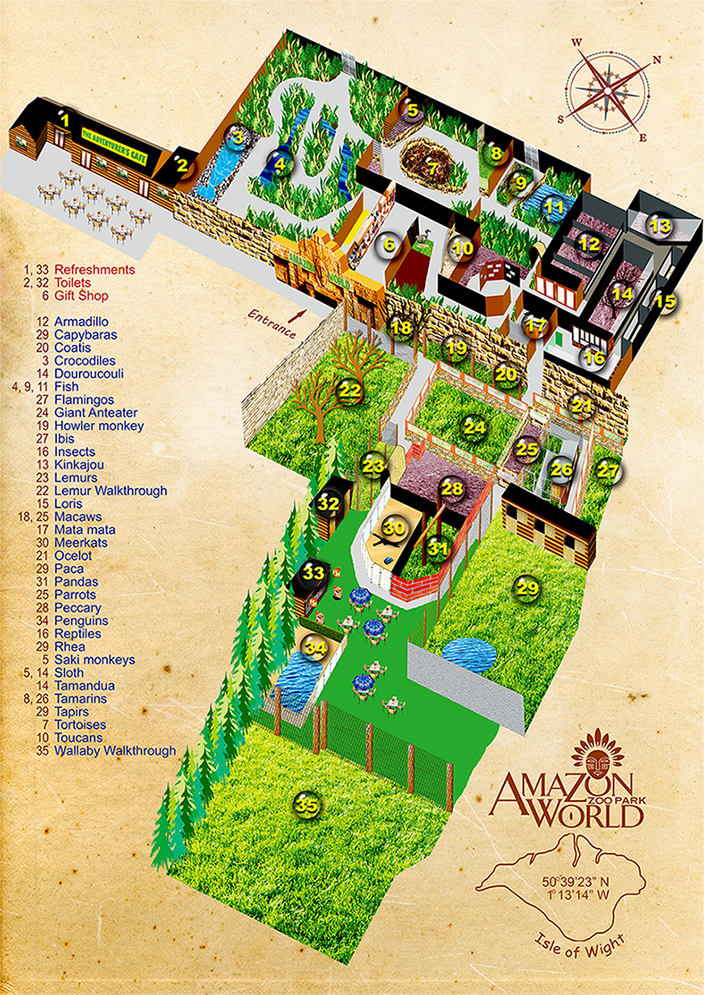