One of the most enjoyable, interesting and even educational activities on the Isle of Wight is walking along one of our beautiful beaches looking for treasures – whether they be bits of sea glass, gnarly pieces of driftwood, fossils from an ancient lifetime or just shells from former sea creatures. And the added bonus is that this activity is completely free.

The north of the island is best for sea glass, at beaches such as Cowes and Gurnard. Presumably this is a left over from when rubbish was tipped into the Solent, as some of the remnants can be very old with embossed writing or ancient bottle necks that are no longer produced. Most of the glass is clear or pale and bottle green, with a few pieces of dark brown. Medicine bottles used to be coloured blue and jewel-like shards of these can turn up occasionally. Other colours such as red, orange or purple are much rarer, but do wash up occasionally. 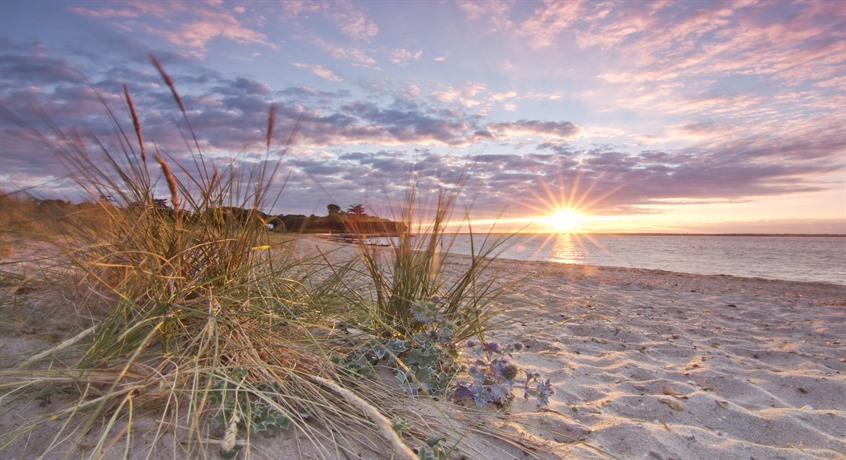 The beaches at Gurnard, Cowes, Ryde and Bembridge are fun for finding little periwinkle shells and sometimes they may still have winkles in them, which you can prize out with a pin and eat. The common periwinkle is dark brown but the flat periwinkle has the most eye-catching colours of lemon yellow through to orange and you can make craft items with them such as pretty picture or mirror frames.

The beach at Puckpool, just opposite the Boat House gastro pub, is littered with loads of different types of shell – mainly cockles, limpets and slipper limpets that look just like a slipper on their undersides. You may also find oyster shells, mussels and even scallops and you can always pop to the pub for lunch after your beachcombing.

To the east of the long lifeboat pier at Bembridge you can spend hours rock-pooling in the exposed ledges at low tide and the beaches have an interesting array of shells to find. An especially pretty shell found here is the painted (or flat) topshellwhich is glorious in pink or purple with silver stripes over an under shell of mother of pearl that was prized by the Victorians as buttons.

The beaches along the south west coast have fewer shells to find on the seashore, but you can find fossilised ones embedded in the flat stones near to the cliffs. Millions of years ago these were sat in the seabed of clay, which then hardened to entomb them forever. Compton Beach, toward the Compton Farm end, is especially good for finding these. You may also find fossilised oyster shells. 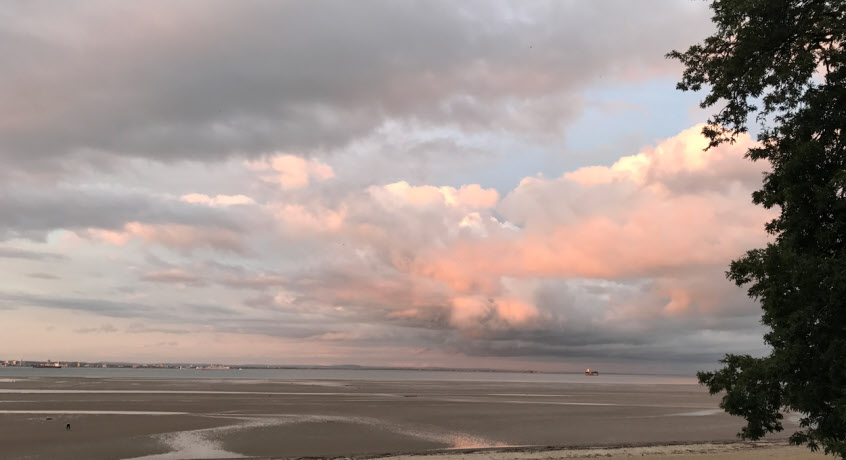 You can find driftwood on most of the beaches around the island, but those with the most are the ones where the trees grow right down to the water’s edge. Thorness is a good place, but the shore is made of clay so be careful. Priory Bay beach in St Helen’s has an assortment of trees falling into the sea, but it is a private beach above high tide mark so be aware of this. Fort Victoria in Yarmouth is another great place to look for driftwood as every winter sees more trees getting made into driftwood by the sea.

The beach at the western end of Shanklin, past the Fisherman’s Cottage pub, which is another great pub to repair to after a beachcombing session, has huge trees that fall from the cliff tops and end up as trunks of driftwood. Far too big to move, smaller pieces do break off and the larger ones make great photographs.

Any of the ‘wild west’ coastal beaches from Blackgang to Freshwater have driftwood washing up and sometimes you find pieces of boats. Thankfully since the introduction of echo sounders there are far less wrecks in this area, but driftwood can float for thousands of miles. You can find some interesting relics on a beachcomb on one of these beaches. 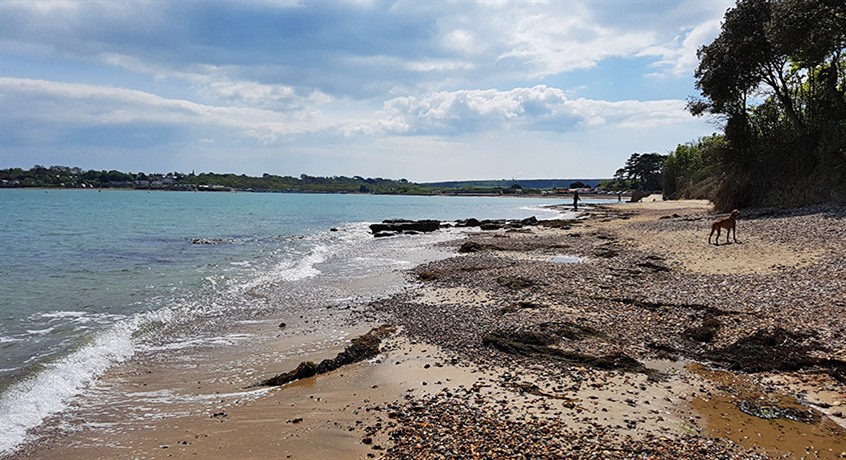 Pieces of dinosaur bone and fossils that have been rolled by the sea can be found on the beaches of the south west coast and at Yaverland to the east, where the Wealdon beds are exposed in the cliffs, but you do need to know what you’re looking for. More easily recognised are the pieces of fossilised tree that look like shiny coal, and these come embedded with iron pyrites that looks like gold, and is called ‘fool’s gold’ for this reason. Fossilised shells wash out of the cliffs and sometimes you can find a fossilised sea urchin that looks a bit like a starfish.

Ancient oyster shells can be found on the beaches, especially between Shanklin and Luccombe but don’t get caught out by the tide. You can find small bivalve fossils of shells that no longer exist here as well. Charles Darwin went fossil hunting on Shanklin beach whilst he was writing ‘The Origin of the Species!’ 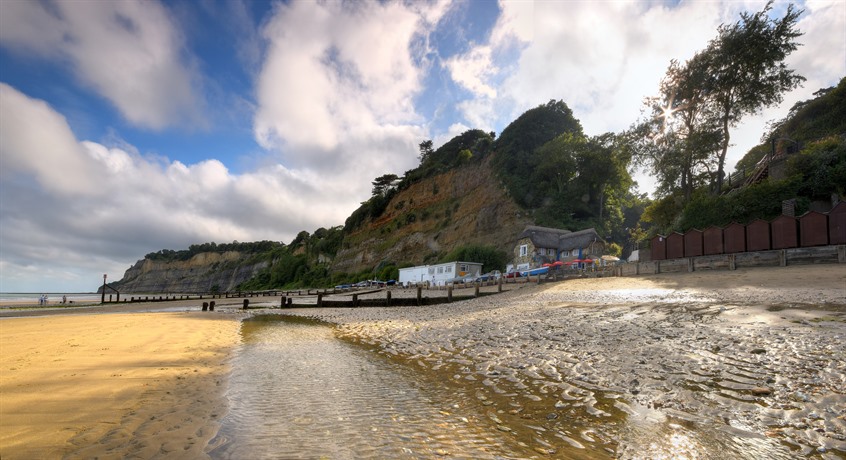